Tay Money talks about her come up, debut album, and more.

Dallas-based artist Tay Money is energetic and fun, with a goal to portray who she genuinely is in her music. Standing at a little over 5 feet, she sports fluorescent green and pink hair, complementing her vibrant personality. She’s approachable and inviting, whether that be stopping to pose for a picture with a fan at SXSW or simply replying to and retweeting her many Twitter mentions. Her active effort in being accessible to her listeners and followers has developed her a dedicated stan-base, flocking to support her at each drop.

Tay Money has shown growth in her craft since day one, in the two short years that she’s been rapping she’s perfected the bubbly trap sound that has taken her to the forefront of the Texas rap scene. While fans flood her social media begging for more music and more shows, Tay focuses on the quality of her craft–making sure every piece of music she puts out best represents her artistry and warm personality.

We caught up with Tay over the phone, and she shed some light on her influences, upbringing, and how she came to be who she is today. She was thoughtful and eloquent in her responses, shy, and grateful that people want to scratch more than just the surface.

Find out more about the emerging star in her Elevator interview below:

Tell me a little bit about yourself. How old are you and where did you grow up?

I’m 25 years old and I was born in Tyler, TX, but I’m from Athens, TX. They’re really close to each other in East Texas. I lived in Athens my whole life, but I moved to Dallas like 3 years ago and I started rapping about 2 years ago.

How have these places influenced your sound?

Well, I never actually lived in Tyler, the hospitals are just better there so that’s where I was born. But, between Athens and Dallas, it’s been a really big difference. It’s really homey where I grew up, a really small kinda country town and everybody knows everybody. It’s really big on Friday nights because of the football games stuff like that. And then Dallas is like, you know you’re never gonna see the same person when you go out, it’s just a lot of lights, bright, fun. I love Dallas. I’m glad I got to see both of them though. I feel like…ugh, I don’t know I’m just glad I got to see both of them. They’re different sides.

What kind of person were you growing up, and what were you listening to?

I was pretty good I feel, like, until I got to be a teenager you know. I started to want to go out with my friends. Growing up I was really athletic, and all we ever did was softball. Softball, softball, softball. We were around country music and pop music, and as I got older I started listening to hip-hop and rap more. I always knew that I liked music, music always made me feel really good, it could take me out of whatever moment I was in, it could take me out of it, it could take me somewhere I can’t go anymore you know like, it would just take me places and I would love that. I never ever thought that I would be able to make it. 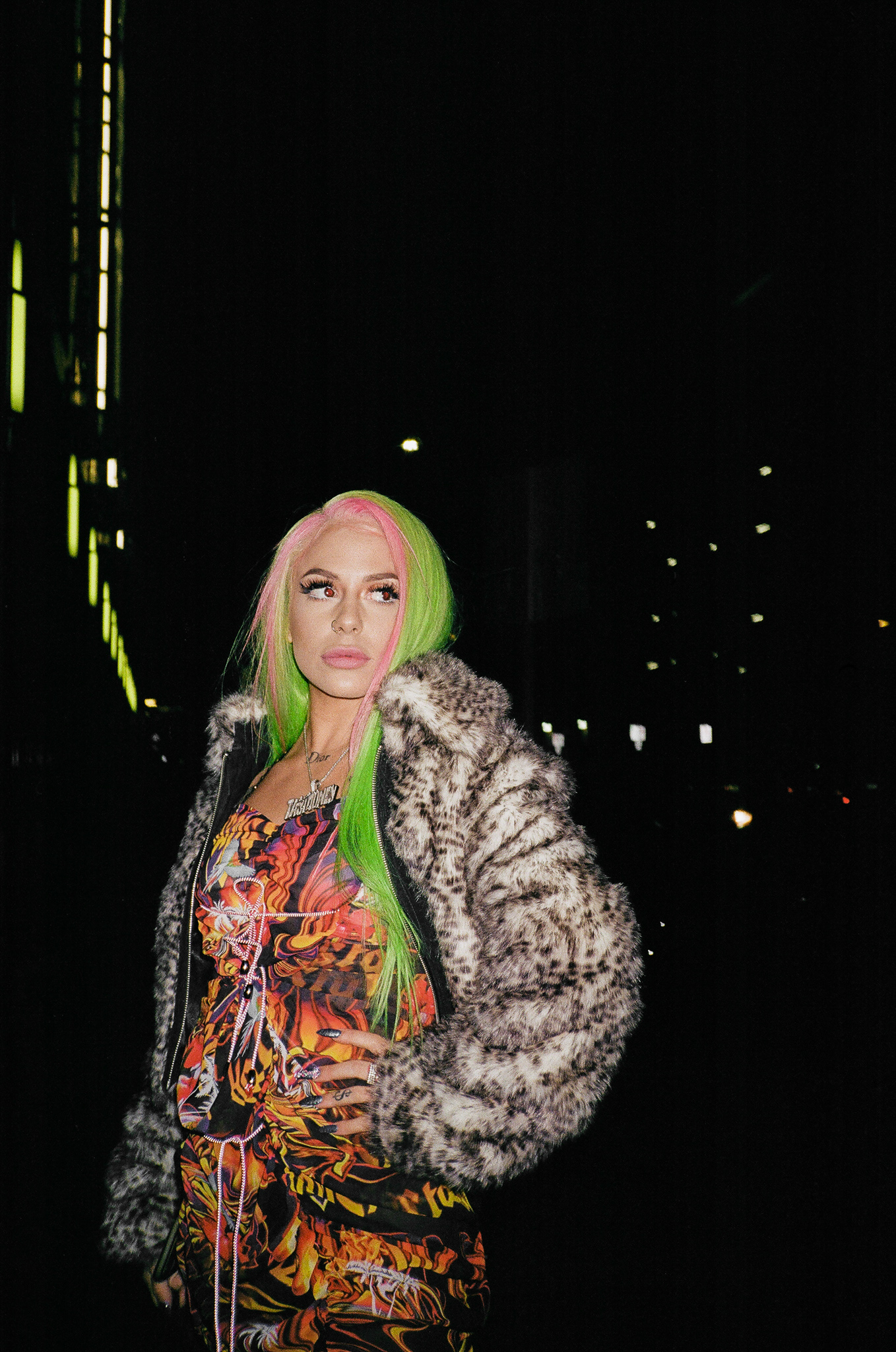 Photo by: Tamara May

Texas is on fire right now, what is the music culture like in Dallas versus other parts of the state?

Texas is hot. I’m not gonna lie to you, I’ve not been to other places a whole lot. I’m not really sure what the music scene is like [in other parts of Texas] but we can still communicate with them through Twitter, so there are people that I do know in the scene through social media and stuff like that. It’s cool because you know we don’t get to be there, but we still get to kind of see it. I feel like Dallas is not like anybody else, Dallas is like, damn that shit is hot, all of Fort Worth, Arlington, Dallas, Reno, all those little towns put together. I know I said everybody doesn’t know everybody here but on the music scene everyone does know everyone and everyone supports and everyone pushes. You know there’ll be people that’ll have those beef moments every now and then but no matter what Dallas is Dallas. Dallas is one.

How did you initially get started in music, and when do you start taking it seriously?

I had dropped two music videos. My second one, four or five people hit me up and were like “Hey our friends are A&Rs” or “friends with labels.” People wanted to talk to me, so people started calling my phone after my second music video. I’m like “hold on wait I was just doing this shit because I really liked it,” I didn’t think somebody else was gonna like it. I don’t know, I got that one phone call and damn my life’s changed, it’s been a year and my life has changed.

Everyone’s got their eyes on women in hip-hop right now, what do you believe sets you apart from the pack?

Shout out all my women first of all, but the thing I feel like sets me apart is that I don’t feel like I sound like any of them. if I told you right now go find me another Tay Money on the internet you couldn’t find me one. Period. You cannot find me one. But, also I feel like I need to get better at capturing my personality on camera. I feel not everybody could meet me, and if they really met me they would rock with me 10 times more. I need to get some more content so that people can really meet me, not just through the music.

What do you think is the moment that caught the public onto the Tay Money wave?

I dropped a song called “Money Way,” and I feel like they [people] was like “Damn okay, so we got this white girl, she’s not forcing anything, it’s Deep South Hip-Hop, but she’s bringing back the 2000’s with it, and she’s not lying, she’s just talking about men, and money and that’s it!” I don’t know why they love me so much but I love them!

How was the process of putting together your debut album, DUH!, and what do you want people to take away from it?

I’m like “Damn I made like 8 songs what y’all wanna do, should I drop an album or like what?” And then we sat down and played all the songs. My friends are a big part [of my music], I test all it out on them. I have a manager and of course, we gotta sit down and talk about it, but at the end of the day, I’m gonna do what I want to do because they want me to do what I want to do. We picked out the best 6 songs that we really liked I shot an album cover. It didn’t portray what I wanted it to so shit, we shot another one and that’s the album cover. I just feel like it was just a little piece of me. I wanted them [people] to just hear me, now I’m ready to drop. That was just my knock on the door, now I’m gonna bust right through it.

What do you have in store that fans should be on the lookout for? 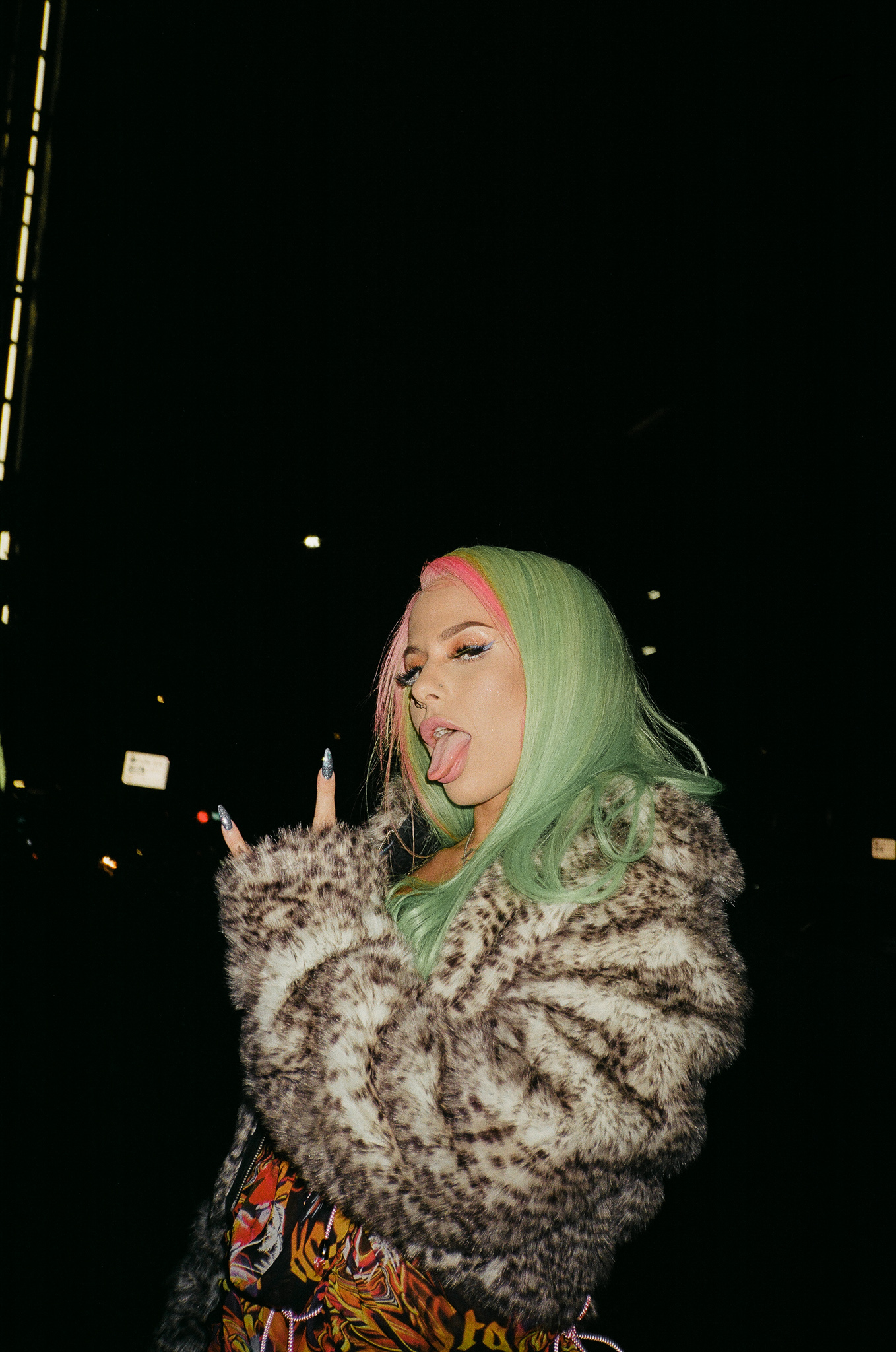 Photo by: Tamara May

When asked what song of hers best describes where she’s at right now, Tay began to rap the lyrics to her eponymous anthem, “Tay Money”:

“Tay Money, my name hold money
Spend it how I want, ’cause it ain’t your money.”

She doesn’t break character between rapping and our conversation, Tay explains:

She seamlessly picks up her bars again:

“My friend shakin’ ass and she spilled her drink on me
Everything in that is Tay Money right there. Tay Money by Tay Money.”