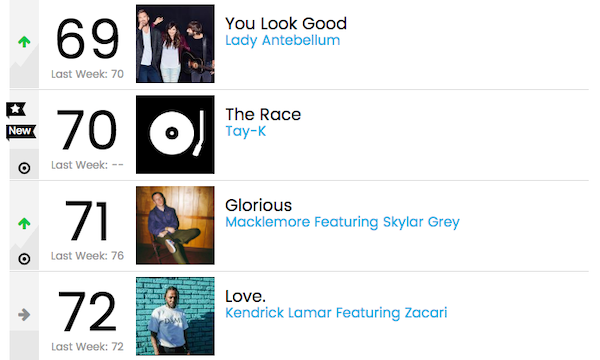 Today marks the first week since 2009 that Drake has been entirely absent from the Billboard Hot 100. Taking his place is 17-year-old sensation Tay K with his smash hit “The Race.”

The Texas-based rapper has accumulated over 18 million views on his viral music video, released on the same day as his capture. Though Tay K is currently facing a few hefty charges as he awaits trial, his name has never been more celebrated. “The Race” is officially charting on the Hot 100, counting itself as the 70th most popular song in the country.

An independent artist reaching the charts without a major push is unheard of, but you won’t be too surprised upon listening to the addictive record below. Congrats to Tay K for accomplishing a tremendous feat.