New JErsey native Tone Stith is making a name for himself. 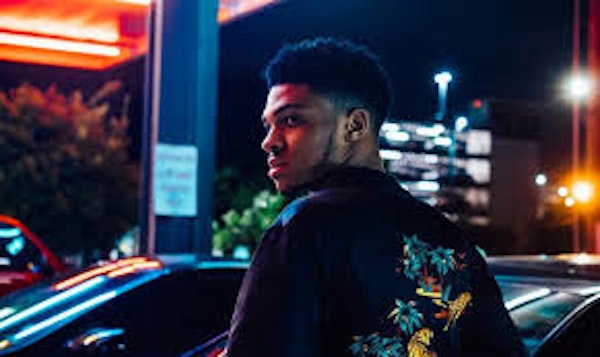 Who is the king of R&B? That was the question posed — and answered — by, of all people, Jacques this week that sent the internet into a frenzy. While we may not have a definitive answer for who’s king — we know who it’s not — we do know one thing, and it’s that the genre is back. We’ve gotten more than a handful of great R&B albums this year, and looking to add to that is New Jersey native Tone Stith, who turns in his brilliant new EP, Good Company.

Featuring the likes of Quavo, Swae Lee and human Swiss Army knife, Ty Dolla $ign, Good Company is contemporary R&B at it’s finest. Initially, the Jersey native opts for the more playful, funky pop sounds at the beginning of the album with the song, “Secrets” carrying an acoustic vibe, and the aforementioned Quavo/Swae Lee collaboration, “Good Company,” being tailor-made for radio-play.

After the first few songs, the EP then slows down and takes a more soulful turn with an incredible three-song-run. Kicking off with “Like Mike,” a creative ode to the King of Pop that sees Tith showcasing his creative pen, the RCA signee then moves to, “Take it There,” the de facto standout of the project which features an alluring guest verse from Ty Dolla $ign that helps to cap off a banner year for him, artistically, before finishing it off with, “Better Than Before,” an underrated album cut that features Stith playing around with his cadences a lot more over grimy, 90s inspired production, stumbling on a few gems to build on.

Listen to, Good Company below and be sure to get familiar with Tone Stith.