Travis Scott is using his leverage for the betterment of others.

It’s been a tumultuous few weeks for the NFL, but that’s seemingly nothing new. With just a few games remaining before the Super Bowl the league had run into some obstacles booking a headlining act. Rumors that Rihanna turned down the spot in support of still unemployed quarterback Colin Kaepernick spread recently and didn’t help the league’s already spotty public image. However, with pockets as deep as the NFL there’s not much you can’t do. Last night, following weeks of rumors, the halftime performance acts were announced.

Headlining will be Maroon 5, who will be supported by Travis Scott and Atlanta’s own Big Boi. When Trav’s name was first mentioned many were upset that he would consider doing the show despite the league’s obvious indifference to some of the larger societal issues their sport serves to reinforce. That said, Trav used his leverage in a big way and as a result, the NFL has agreed half a million dollars to Dream Corps, a social justice accelerator founded by Van Jones in 2014. It appears that this was Trav’s biggest sticking point and had it not been met it’s unlikely that the Astroworld artist would’ve hit the stage.

While the teams haven’t been decided yet, the lineup for the big game’s halftime performance has been set. Will you be tuning in for Trav’s performance. 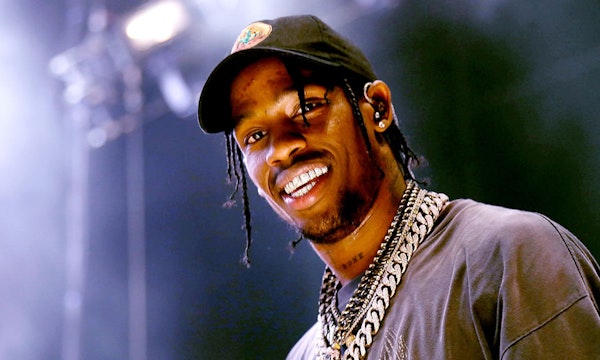