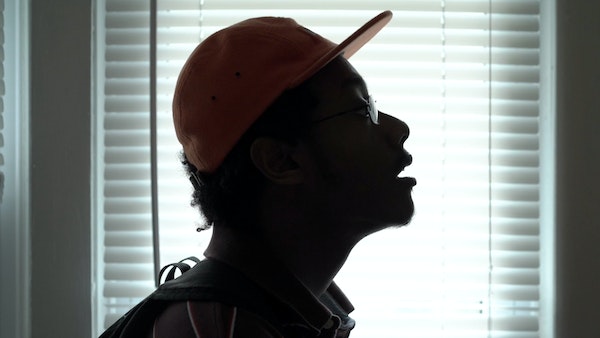 If you are an avid Spotify user, you may recognize Student 1 from the cover of their “Mellow Bars” playlist. Although he’s picking his nose in the picture, the kid is more of a professor than a student when it comes to music. He can seriously rap, has a pure crooning voice, and refuses to put out anything that’s not up to a certain standard of quality.

His track “Nothing” off of his latest album Drag has racked up over 300k plays in the few months that it’s been out, proving to be his most successful effort yet. With carefree production from The Recipe that will immediately unwind you upon pressing play, the Minneapolis native was set to create a laid-back hit from the jump.

He’s now enlisted the help of fellow Twin Cities collective CMNCLTR to shoot a smooth pair of visuals to accompany the record. The video shows Stu wandering around a park with his signature backpack on, rolling a blunt to enjoy as he relaxes on a bench. Colorful visual effects help bring the project to life, and make it even more consistent with the youthful energy of the track and artist.

Sit back and enjoy the latest edition to Elevator’s YouTube channel by streaming Student 1’s new video for “Nothing” below.

Tags: CMNCLTR, Nothing, student 1, The Recipe