The Chicago native sits down for an exclusive interview. 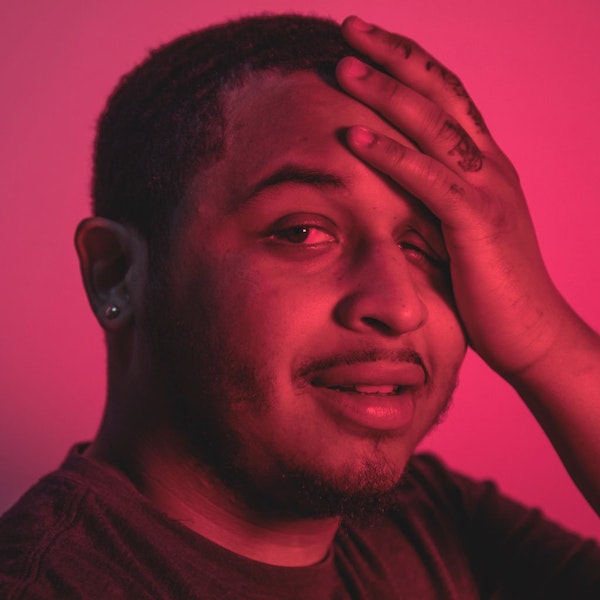 “I’m in artist, not a rapper,” says Chicago native and SaveMoney affiliate Sterling Hayes. Born and raised on the South Side in Hyde Park, the young creative doesn’t like to hold his feelings within. No matter how personal his art may be, Hayes aims to share it with whoever will listen.

When did you start rapping and what inspired you to get into it?

I really started rapping two years ago. I sucked at first, but it was because I had no inspiration. I just seen my homies getting money and I wanted to be apart of it; didn’t wanna get left behind. So I started rapping and kinda found my own lane. It seems like I was meant to do this, even though at first I was just trying to follow in footsteps.

How did growing up in a culture hub like Hyde Park influence your sound?

I wouldn’t say it influenced my sound as a rapper, but rather influenced me as a person. None of the SaveMoney stuff would’ve happened if I didn’t live in Hyde Par, because that’s where Vic is from. I started watching him dedicate his life to music at 15 and 16, so that definitely influenced me.

Also the people in Hyde Park are very diverse, so I’m not just around street shit all the time. That enabled me to make music from a society point of view too, instead of only the opposite.

Does being from Chicago make you a more versatile artist?

I can’t even answer that. Music is so repetitive right now, if you not using auto-tune and trying to be an R&B rapper you just different. At this point, I wanna listen to anything that’s not all that other shit.

Do you think people from Chicago have a specific sound?

Definitely. There’s obviously a ton of drill shit. Chicago artists rap about their story and life, whereas a lot of other artists rap about what they see their friends doing. Listen to music from Atlanta if you want to hear people rap about shit they watch. If you wanna hear about the struggle, come to Chicago.

Can you explain what Save Money is?

SaveMoney is not a music conglomerate, and we’re not a rap group. It has nothing to do with music. At first we was just stealing and finessing together, so we called ourselves SaveMoney. Like, I could have like $3 in my pocket and somehow find a way to eat a five-star meal.

Really we’re just a group of friends from Chicago without a gang affiliation, so we just confided in each other. We got people from every part of the city, and people of all colors. The music always came last. We the guys.

Was there a particular artist or genre of music that did helped you find self-worth?

Yes. When I was younger I listened to a lot of the classics. I always felt like Rock ‘n Roll had a lot more substance than hip-hop, so I got a lot of inspiration from bands like Nirvana.

Even people like Adele, she was a big inspiration for this project. It sounds weird to say because I don’t listen to her music often, I’m just a fan of what she says and how she says it.

Do you make a conscious effort to incorporate Rock into your songs?

Definitely, through the raw emotion. I don’t always try to rhyme and spit bars, that’s why I don’t describe myself as a rapper. Bars are like equations. There’s a science to them. If you look at any Wu-Tang documentaries, they break it down and I’m not interested in that. I just wanna say how I feel.

If you’re not a rapper, how do you identify?

I’m an artist. I’m just sharing my art with the world.

Your first big project “Antidepressant” dropped two years ago. How do you think you’ve since progressed as an artist?

I can’t even explain it because for these last two years, I just took my life and put it on paper. Nowadays I have money invested and can actually take the time to make a complete song. I put maybe $2,000 into “Antidepressant,” which is nothing. With “Side FX,” I had more self-confidence. I don’t think my skill changed, but my confidence definitely increased.

Was it a nerve wracking to be open and vulnerable on your first big release?

I used to hate hearing my music with other people in the room. It was embarrassing because my songs are so personal, but when I realize how impactful the raw emotion was, I got over my fear. I didn’t know people were so scared of talking about they problems.

I didn’t have anybody to talk to about my problems with, so I used rapping as therapy. I’ve seen a real therapist before too, but it didn’t work because they didn’t know me as a person.

But yea, people show me a lot of for being honest, so I guess I’m doing something right.

Your new song “Drowsiness” featuring Chance The Rapper was released a few weeks ago. How did that track come about?

Me and Diego went to California to smoke some exotic weed, and pulled up on Nico Segal and Nate Fox’s studio. I was just trying to come hang and maybe record something if we had time. I really just wanted to see the homies.

When I got to the studio, I played them my first original verse thought it was done at that point. They ended up giving me criticism and agreed to produce a track. After that, Nate Fox, Nico and Diego made the beat for “Drowsiness.” At first I thought of using it as an interlude. I had KAMI lay down some vocals/humming sounds, and had Via hop on the first verse to complete the interlude. But then my manager told me I had to rap on it. At that point, Teddy Jackson had also sent a verse, and I still wasn’t trying to rap on it. That shit was raw it’s an interlude and I didn’t want a part of it.

A few days later I was with Chance at the Liquorbox talking about my album. We was just chopping it up ’cause I don’t see him that often. He offered to get on the project, and I gladly accepted. We got in the studio the next day and he laid his verse down. After more peer pressure, I finally rapped on it, and the rest is history.

What do you want people to takeaway from your new project “SideFX”?

Be yourself at all times. Trust the process, and trust your processes. Don’t be afraid of heartbreak. And we’re not crazy. Don’t run away from the darkness. Face it and turn it into a weapon of success.