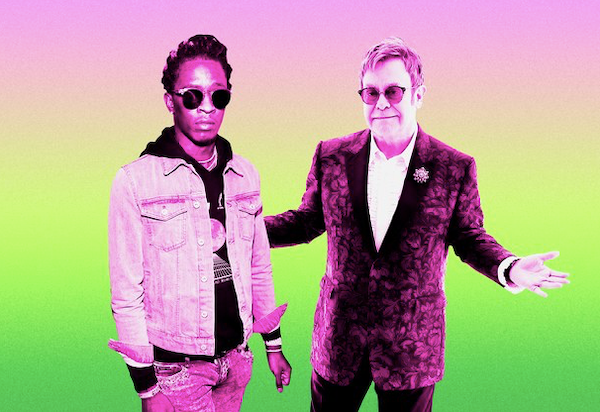 Perhaps the most important track in recent history, as far as shaping the legacy of a generation’s sound and preserving a cultural phenomenon often dismissed as merely a talent-deprived fad, is Young Thug’s track “High” with Elton John on his most recent album. John and Thug could not be more obviously different, as evidenced as simply as the striking dichotomy shown in the thumbnail of this article, but at their respective generations, they seem to be vastly more similar than different.

Their commitment to androgyny and non-traditional sexual identities (or at least perceived identities in the case of Young Thug), to their evidenced eccentric-ness, to even their high pitched vocals that communicate often seemingly meaningless lyrics, shows that these two great artists were pioneers for their generations.

After John admitted that he was a fan of the aforementioned Atlanta rapper, producer Stelios immediately took notice and realized that the duo had to be joined on a record to be preserved for the rest of times. With Elton John vocals in hand and a Thug verse to boot, the timeless pair of Elton John and Young Thug was crystallized in song.

Watch Stelios detail the creation of this record with Genius here: