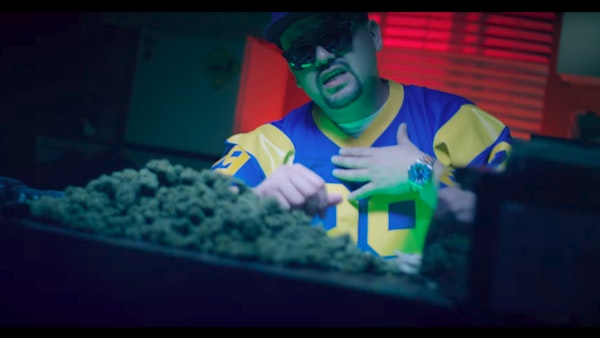 When you think of St. Louis rap, immediately, you think of names like Nelly and Smino. Both have carried STL on their backs, and both have defined what it’s like to really give a damn about your city. Another name generating some buzz has been Chris Savage, an STL native who further establishes himself as an artist to watch with his new video, “On The Stove”.

Directed by Concrete Gutierrez, the video follows Savage and guest-star, Krypto, around a trap house as they participate in such activities as counting nugs, playing with money, indulging in discourse with some very voluptuous women and much, much more. Throughout this journey, it’s soundtracked to Savage who showcases a strong flow, an infectious hook and lots of swag, establishing the chemistry between the record and the video and making for a solid product.

Watch the new video below and be sure to check out Chris Savage.