SpaceGhostPurrp says 6ix9ine is “banned from the underground” 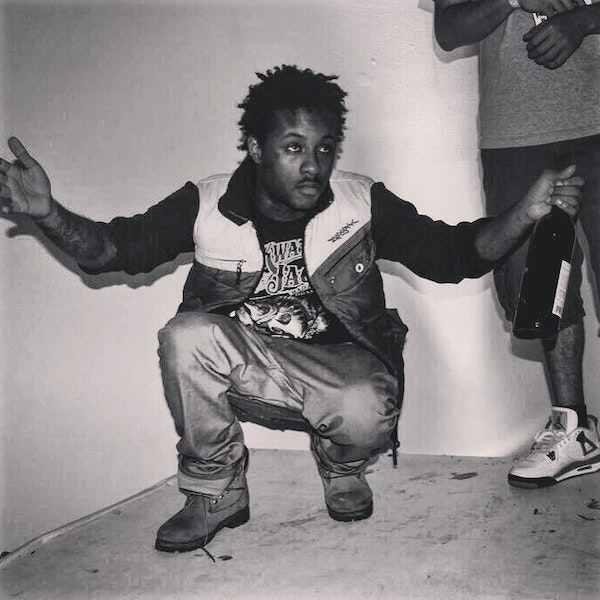 SpaceGhostPurrp is widely credited with being the main founding father of hip-hop’s current underground scene. The outspoken Florida rapper has remained a staple within the culture despite his lack of recent releases and/or public appearances, maintaining a very low profile aside from his infamous Twitter account.

In his latest outlash, Purrp went after Tekashi 6ix9ine amidst his self-inflicted beef with Chief Keef. “SINCE 6ix9ine WANNA DISRESPECT REAL N***AS FOR NO REASON. THAT SH*T FINNA END NOW,” SpaceGhost tweeted.

He connoted slander the “Gummo” rapper, stating that 6ix9ine is now “BANNED FROM THE UNDERGROUND.” See the since-deleted tweet below. 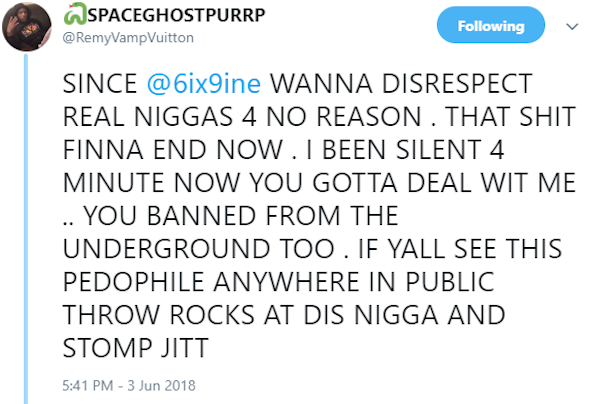