Features
May 12, 2018
SoundCloud Rappers Are The Most Important Pieces In Mainstream Rap’s Puzzle

A toast to SoundCloud rappers… 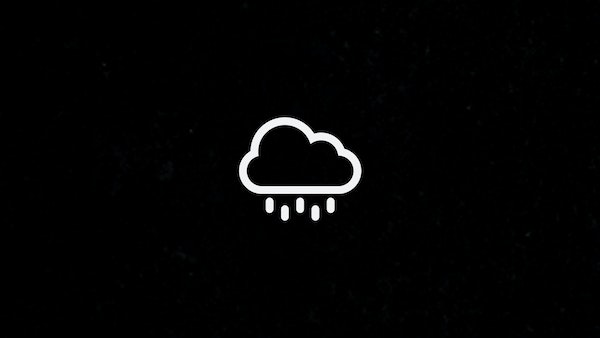 Those damned page plugins. Daily scans of MySpace often yielded a wide variety of rap’s spectrum in the fallen social media site’s heyday. Unverified pages could yield an unheard version of “Cannon (Remix)” that featured Lil Wayne‘s scripture of a verse next to some aspiring guys looking to catch the wave, while others could have a triumphant, boastful record that would go on to become Fat Joe‘s next smash hit. That was the beauty of it. MySpace was like the final frontier, and our mice were astronauts. We didn’t know what we’d find out there, we just explored until we couldn’t anymore.

For me, it was those godforsaken plugins that slowed my computer to a snail’s pace. I accessed MySpace from a library computer on Mondays, Wednesdays, and Fridays – I lacked the proper means to render the site on my desktop computer – and immediately scrolled past my grotesquely-edited profile picture that acquired hundreds of likes from similarly-cosplayed girls. I’d immediately view my minimal profile to check what song I had up there – I’d often forget – and then get to surfing MySpace Music for a perennial replacement.

I’d come across the Lil Waynes and Fat Joes, but there was something restrained, mundane in picking a song that I’d inevitably see on one of my friend’s profiles. I ventured from well-traversed grounds to sparse populated musical shrubs in my MySpace safari, spending a majority of my daily two-hour limit waiting for music playlist plugins to load. Because they often took so long, I made a rule – when, and if, it loaded, I would give an interesting looking song (don’t ask me what “interesting looking” means) thirty seconds. If I wasn’t captivated enough to at least consider it playing on my page, I’d head to the next abysmally long load time.

This strategy carried me through some positively horrendous music endeavors, but gave me my first real taste of adventure. On one particular trip, I traversed a horribly put together profile with one song playing automatically once the page loaded. I immediately became enamored with it; the beat was hauntingly simple, sounding as if the same three keys were being pressed by Count Dracula on his grand piano forever more. When the southern-style voice and lackluster lyrics came in, they sounded unlike anything on the radio. After a few listens, it was absolutely necessary to hijack it. It was as simple as copying the song’s URL, transferring it to mine, and removing any trace of me visiting that page for it. I wanted everyone to see that I found this odd-sounding gem.

A few weeks later, I started hearing the song, much to my horror, on a number of my friend’s playlists. It was under a different name than mine, “Bathing Apes” by a Soulja Boy? I’d never heard this name, but boy, was I going to become uber familiar with it. Over the course of the next six months, Soulja Boy’s idiosyncrasy would take hold of the game; the sheer oddball nature of “Bathing Apes” would become integral in new-age rap of the time. He made a name for himself as a MySpace Musician done right.

How his sound came to take over the rap game is indicative of hip-hop’s nature of creation. As Kanye West recently revealed, our ideas aren’t truly ours. Inspiration is responsible for everything in our society; it comes from the conscious and unconscious actions of our peers and the world around us. The Wright Brothers were inspired by a dream and wishing to solve a problem. Henry Ford created the traditional work week to meet a goal of his, inspired by a wish for perfection. Inspiration, in rap, comes in the form of the underground. Hell, rap was even forged in back hallways and underground pubs. MySpace Music was the underground in 2006, with mainstream music drawing from its hottest artist to dictate rap’s narrative over the next year. Today, SoundCloud is the new MySpace Music, inspiring much of the game’s most important artists and works.

You’d be forgiven if your knee-jerk reaction to reading that is “there’s nothing on SoundCloud but struggle rappers without any originality,” because the abundance of crudely created memes and recycled jokes seems to drive this belief home. The old-school “check out my mixtape” crack became “check out my SoundCloud link” with the snap of a finger. Now, sending a SoundCloud link to a person receives the same mental reaction as a panhandler on a street that you don’t feel accustomed to giving money to.

There’s a reason why SoundCloud’s logo is orange. Think of the vibrancy of the color, how it’s argumentative, stands out boldly, and is associated with warmth. This is SoundCloud in a nutshell; a lucrative musical swap meet where producers and artists trade work for attention. Its competitive nature is responsible for the wide variance of rap types – you’ll find everything from J. Cole-esque lyrical sermons to Lil Yachty-like melodic earworms, all in the hope of sticking out like a sore thumb.

Duwap Kaine, Boootychain, Moses, Diego Money. To the Spotify, Tidal, and Apple Music-only streamers who rely on curated playlists to introduce them to artists, these names may sound like they came straight from the same Wu-Tang generator that gave Donald Glover the now-famous moniker of Childish Gambino. But to frequent users of it, these are household names, championing new-age rap in a way not understood by mainstream acts like Young Thug and Travis Scott. A dizzying mix of melody-based flows, flipped-90s beats that are drenched in nostalgia, and atmospheric aesthetics compromise these artists as well as SoundCloud’s collective persona. By being wholly creative and original, the platform’s artists have created something that’s distinct of the platform.

One look at the curated rap playlists (I promise this piece isn’t an attack on streaming playlists; I love Spotify’s RapCaviar) shows the influence of SoundCloud links. Travis Scott’s new single “Watch” is scorching-hot producer Pierre Bourne‘s product – one that K$upreme originally ripped to shreds in the name of all things SoundCloud. Famous Dex‘s “JAPAN” incorporates his signature, bloody fast mumble that comprises what just about everyone thinks all SoundCloud rappers do. Both Lil Yachty and Lil Pump come straight from the cartoonish clunkiness of debut SoundCloud singles, evolving into polished industry vets under 22 – able to take the industry by storm, one goofy smile at a time.

The craziest aspect of the entire situation is that, while the public sees fit to crack a joke at the expense of the artists up there, the industry seemingly accepts it. Why else would A Boogie, 6ix9ine, and Travis Scott all have some of their most critically acclaimed songs? Chance The Rapper, amidst the hubbub of the site closing down, stepped up to plate as SoundCloud’s Beowulf, ready to place his honor on the line in defense of the platform. With support coming from multiple sides, what’s it about public support that sickens people to their stomach?

Maybe it’s the all-inclusive nature of it. Whereas the industry is notoriously hard to get into, anyone can make a SoundCloud. You can rap for ten years, or you can decide to pick it up after you graduate high school. The chances for success are equal. When you incorporate paid placements, reposts, and other money-making schemes, cracks in the platform’s authenticity start to show. There’s also the fact that while a majority of users are creating art that’s a reflection of their creativity and reality, some guys just use it to promote bullshit that’ll get them some much-desired notoriety. A few’s obsession with profit and fame ruin it for everyone.

When you get a chance, open the application up and search “Ron$oCold” in the search bar. Find his latest project, 808s and Bullshit, and listen to “Can’t Go.” It starts dimly, with a coterie of somber notes slowly building to a thunderous collision of bombastic bass, smooth keys, and haunting melodies. Ron$oCold’s vocals are stentorian and brash, yet ultimately soothing as they cascade into billows of druggy panache. It’s unlike anything you’ve ever heard before, brilliant in execution and fucking brutal in the way that goosebumps massage their way down your spine afterward. This song, along with the rest from the project, played a large part in Ron$oCold signing to Alamo Records and thrusting him into the next leg of his journey to the top. He was undoubtedly scouted through his mastery of a unique sound created in SoundCloud, now he will bring that sound to the masses through mainstream journeys. And, we’ve seen time and time again how the platform will influence the industry’s agenda – hello Playboi Carti, MadeInTyo, and SmokePurrp.

There was something magical about MySpace Music, mystical even. You never knew what you’d find peeking out of a decrepit corner behind pages of bad HTML code and conflicting layout designs. There was a chance that a badly-mixed hosh-posh of bad musical ideas existed there, but, more than often, a gem hid in plain sight. Discovering it placed a smile on your face and showed you the power of emerging platforms to spotlight genius artists’ ability to innovate in the pursuit of prominence. I get that same feeling when I log into SoundCloud and happen upon a rapper with “Lil” in their moniker, followed by a song utilizing a snapshot from Rurouni Kenshin as the artwork. Nine times out of ten, what plays when the song loads is something so unlike what’s on the radio, that I lean back in my chair like Jay-Z in the now-famous meme and make the stank face. I can’t believe someone made something this good, and I can’t even imagine how the rap industry will react when they get ahold of this new sound.

So, SoundCloud rappers, in all of your atmospheric mystique and commitment to exploring the boundaries of rap and not giving a flying fuck, this toast is to you. While poorly put together memes and insensitive jokes may hit a soft spot, know that ELEVATOR, smart music journalists everywhere, music industry officials, and your favorite artists all appreciate everything that you do. Keep innovating, keep creating, and keep pushing the envelope. Soulja Boy showed that the voice of the underdog dictates the game’s narrative over a decade ago – it’s time for you guys to realize your power and know that you can do the same.