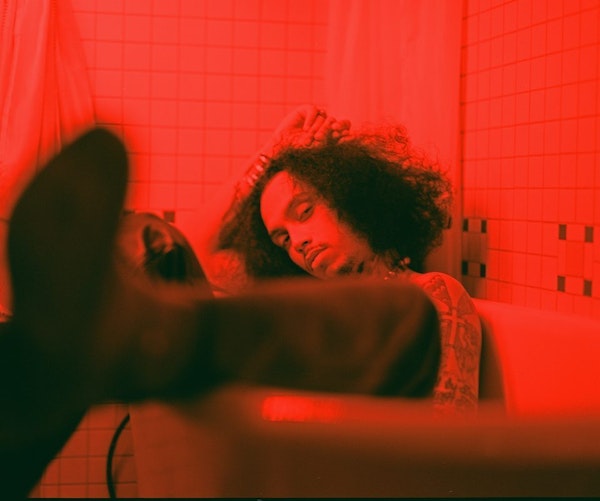 Last year, I was completely blindsided when I pressed play on Swedish singer, Sebastian Mikael’s EP, I C U U C Me, Pt. 1. From the pain in his vocals, to the grooves in his instrumentation and rounding it out with his ability to pen relatable lyrics, the EP had me calling Sebastian the second coming of D’Angelo, it was that good. Following the success up from that project, Sebastian returns with the follow up album, I C U U C Me, Pt. II, and despite my astronomical comments from it’s predecessor, this one is even better.

Clocking in at 7-tracks, I wish the run-time for the project was just a little longer, but that’s for selfish reasons. All things considered, this project is almost flawless. Kicking it off with the tribal jam, “Acid, Pt. II”, the album consistently stays great throughout all 7-tracks. Bringing back his right hand man from the first project, $ean Wire, the two keep their streak of hot shit alive, crafting an intriguingly great record that takes a few listens to understand, but only one to fall in love.

Although the Najee Janey-assisted, “5%” and “PSW” are without a doubt bonafide hits — “PSW” should go viral, just off the acronym and lyrical content alone — the real standouts from this album are, “Dirty Talk” and “Time”. The former serves as the second collaboration between Sebastian and Janey on the album, and is without a doubt their best yet. “Dirty Talk” is a groovy, clever and funny single that sees Sebastian playing around with his songwriting a bit more, accidentally stumbling upon a wave that’s sure to catch on quickly.

As for, “Time”, this is the one. Every great soul artist have a few examples as to why their contributions meant so much to the culture, but the legends have that signature moment. Usually, it’s that one undeniably great classic that no matter how many times you’ve heard it, it’s incredibly hard to turn off. Crafting one of the best R&B records I’ve heard since Kyle Dion debuted, “Brown”, “Time” is a classically great R&B song. Checking off all the right boxes — including BEGGING, in which R&B was built on, and the new generation seems to ignore — this song might be that moment for Sebastian when it’s all said and done and we look back.

Press play on the 7-track album below and tell me if I’m wrong, but, Sebastian Mikael might be making the best R&B out right now.