UK based singer-songwriter Sophie Faith is moving forward in the best way that she knows how. 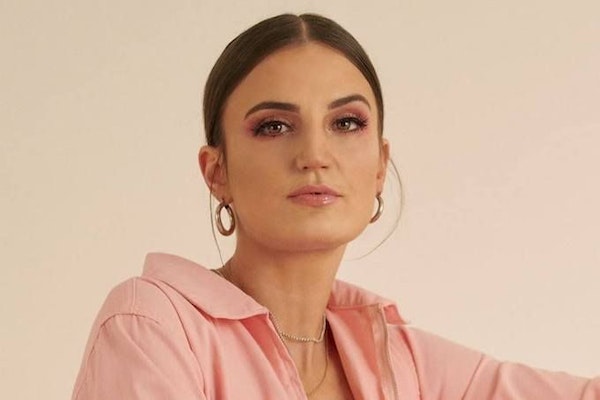 If you know what it’s like to pour every ounce of your genuine heart into someone, only for them to come back with disappointment after disappointment, you’ll definitely feel where Sophie Faith is coming from. After discovering her on one of my favorite radio stations, Balamii Radio, I couldn’t help but become absolutely infatuated with not only her strong and soulful voice but her style and how it takes practically nothing for her to speak directly from her soul. Just two weeks ago, Sophie released the official music video for “Late Nights”, where she accurately depicts how difficult it can be to let someone go, even long after knowing that things have come to an end.

At the beginning of the video, Sophie sits on the opposite side of the bed, back turned to her once lover. The disconnect between the two is more than obvious, as she and he both stare off into a daze, totally not paying attention to one another. “I gave him a thousand and one chances/I know he doesn’t bother/He took me for granted..” Sophie sings, as memories of them enjoying each other’s company bypass, further explaining how her friends would question her, having absolutely no idea how she put up with things for as long as she did. I immediately connected with her, being that this is a concept that I’m all too familiar with in my own past relationships. Directed by Mr. Cheal and edited by Nuff Hungry, Sophie brings her creative direction and artistry to the forefront, while revealing just how strong she is as a woman for putting herself first and taking the initiative in manifesting true peace in her life.