From over a million to under a thousand plays, these are our picks for the best five songs of this week. 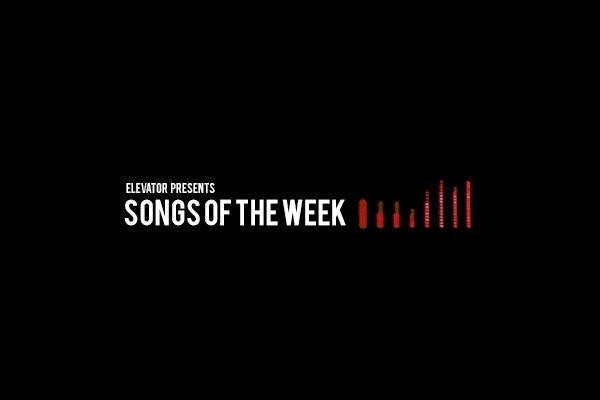 There have been way too many great songs to hit the internet this week to keep up with. DO NOT PANIC! Fortunately, we got your back. Every week we present to you a short list of our favorite songs from the past week. You can find many of the new tracks and other gems on our weekly Spotify playlist here.

Lucus – Cash On Me

Lucus’s track “Cash On Me” showed up in Elevator’s submissions inbox earlier this week. From the second I hit play I knew he had himself a serious jam. The production is magical. Not to mention his combination of melody and lyrics seamlessly blend with the beat to effortless create an easy listening anthem suited for your pre-game, or late night turn up.

Toronto’s Jutes genre bending new single. The Canadian musician first made his debut on Elevator with the premiere of his music video “Give You Up“. There seem to be a lot of people trying to capitalize on the emo/rock rap lane, but very few feel authentic or like they have come from a musical background with genuine ties to the popular alternative music of high schools past. Enter this guy. Press play and see for yourself.

Comethazine is on fucking fire! His new track, “Highriser” could be the first song you’ve ever heard by this man and you’ll be unable to deny his infectious sound. The rapper’s new single is produced by Kenny Beats, who also happens to be one of our favortie producers of the year. Bang this joint at high volumes!

Chicago based artist and producer, HXRY, makes his way back to our pages with a stellar new single titled “Secrets”. On this release, HXRY gives his listeners a show, serenading through intense, breathtaking productions he created himself alongside Shh, with final masterings done by Darrion.

Smino returns with Noir. His sophomore album, containing 18 tracks of incredible music. Klink is the third track on the project and immeditely hits the brain as a stand out single. Smino, for anyone who hasn’t already discovered on their own, is one of the more diverse, musically talented, lyrically inclined musicians making noise recently. Let this be the perfect introduction to one of our personal favorites. Hear klink below.