Let Sônge take you away. 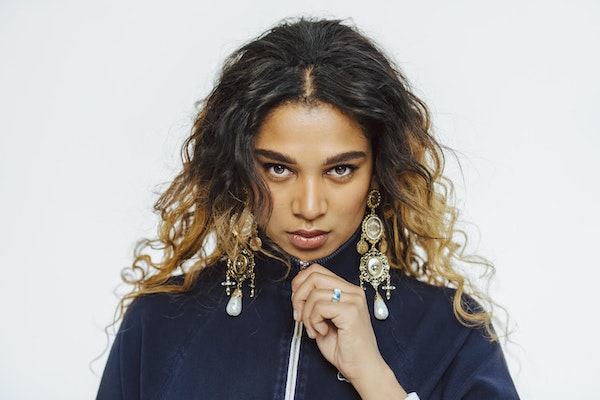 Paris based musician & visionary, Sônge, continues to establish her mark as an innovative force on the French music scene with the release of her single “Roses” and a 4-song self-titled EP that she delivered just last year. As she continues to take steps towards her debut album which is set to drop in the coming year, the eclectic songstress shares her most recent single, “Magic Hairdo”, along with a stimulating and spirit-rich visual to enrich the vibe of the track.

With finishing touches on this track made by Theophilus London & Club Cheval, synths and guitar flood the melodies of this song, delivering an upbeat clubby feel along with her grasping falsettos that resiliently echo continuously. Vocally refreshing, her sound is definitely her trademark, with her range and aesthetic touching along the likes of Björk, Santigold and M.I.A. I wouldn’t be surprised if we received a Kaytranada and Sônge collaboration in the near future, is that the synergy of that duo would absolutely crush a future project without a doubt.

Exploring the multicultural streets and alleyways of Paris’ Goutte d’Or district, Sônge sits in the beauty chair, getting her hair braided, as scenic nature shots alternately flash with each scene. Her griny, gap-toothed smile radiates brightly as she embraces her self confidence and vocal strength, while also celebrating the variety of Afro women as a collective.