Albums
Dec 7, 2019
Solange’s “When I Get Home” has arrived royally in all of its H-Town glory

“When I Get Home” is an experience. Nothing short of a beautiful composition showcased through the artistic mind of Solange. An ode to what black excellence truly means. 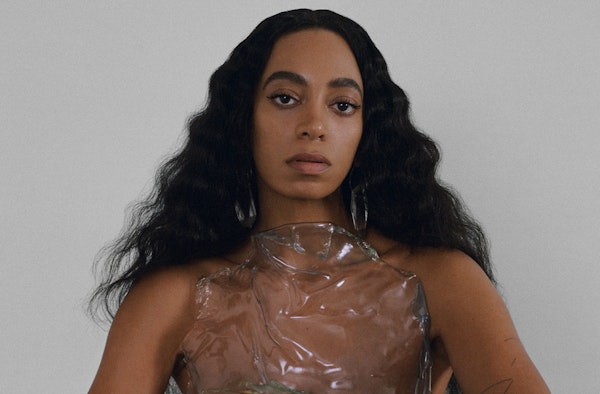 It’s been what feels like three long years since A Seat at the Table, Solange’s last highly influential album that opened up a more in-depth portal of understanding in regard to how she paints pictures so vividly through the experimentation of sounds & also expanding her creative abilities visually—whether that be through striking cinematography or live performances. The way she’s able to translate a feeling conveyed through imagery into a record, there is truly something extraterrestrial that takes place within her capabilities, and during her recording sessions.

As the clock struck midnight on Mar. 1, Solange released her fourth official studio album, When I Get Home, a deeper, more advanced look into her commemoration for her heritage and childhood. Houston, Texas influence intertwines throughout the album—from candy paint references to DJ Screw to the jazzy-funky elements of her sound, Solange transforms the landscapes of each by highlighting their elegant beauties with nobility. The album is laced with many celebrated contributions ranging from Earl Sweatshirt, Tyler the Creator, Playboi Carti, Gucci Mane, Dev Hynes, Sampha, Pharrell Williams and many more. It’s also been confirmed via Solange’s Instagram that she will be releasing a short film to go with the album as well, available tonight on Apple Music at 7:00 PM/ET. Announced on Solange’s website here, a series of Saint Heron events will be held around Houston, also noted as an “album experience”. If you’re in Houston, be sure to check that out—it’s highly suggested that you want to see, hear and feel this framework of high art in person.

Press play below to stream When I Get Home now: