The bay area rap group has been cementing their sound all over the country. 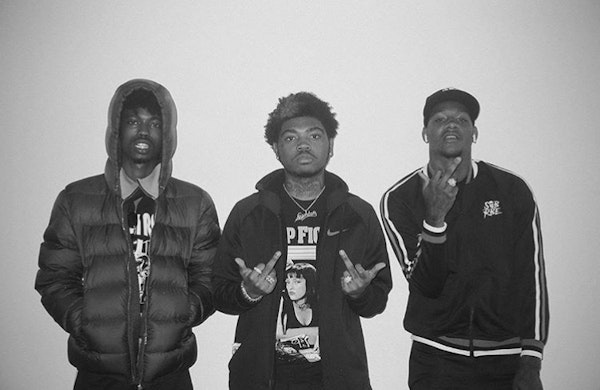 SOB x RBE has just unraveled visuals to their song, “Rich” which is produced by P-Lo and the video is directed by Keoni Mars. It has been quite some time since Lul G has departed from the group to focus on his personal career but by no means is SOB slowing down. Daboii, Yhung T.O., and Slimmy B are all maintaining the same prominence and bombast when flowing on the instrumental, especially in their newest offering. Daboii comes out of the gates with his choppy and blunt rhyme scheme over the anthemic instrumental which is a traditional bass-heavy California beat. T.O. holds down the chorus as he is the more melodic of the trio and acts as a pacesetter on many of their tracks with a necessary tempo switch up in a satisfying fashion. Slimmy B delivers the latter verse in a velvety and slick rhythm as the words usually fly right out of his mouth.

The video and editing are very professional as the trio is presented on a rooftop downtown in a city at nighttime. The lighting setup and background of every shot are evidently well thought out as well as it always adheres to what the trio is presenting. Whether it be a camo background to match their clothes or in an ominous hallway with flashing lights to enhance the intensity, the entire production was smartly performed and it makes for a great video.