Smokepurpp’s forthcoming mixtape “DEADSTAR” is slated for release in May

Here’s everything we know about Purpp’s upcoming release. 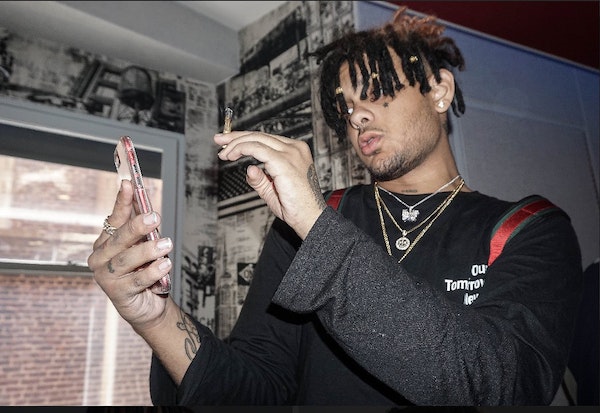 A few weeks ago, buzzing Florida rapper Smokepurpp inked a deal with Alamo Records (Todd Moscowitz’s new venture with UMG) and announced the upcoming release of his debut mixtape “DEADSTAR.” After dropping a 4-track mixtape in November of 2016 with “Up Now, Fuck Next,” the 19 year-old has been fucking up the game with countless bangers ranging from the Riff Raff-assisted “How That Make U Feel” to melodic hits like the absolutely infectious “Glock Inside My Benz.”

Quickly building one of the largest and most loyal fanbases in the hip-hop scene, Purpp has solidified himself as one of the hottest new rappers in the game. “DEADSTAR” is sure to propel the young talent even further and I personally can’t wait to hear the full-length project.

Keep reading below to get filled in on all the details surrounding the upcoming release and keep it locked on Elevator for more info.

Though any additional info on the mixtape’s release date is limited, Smokepurpp has announced on multiple occasions via Twitter that the project will drop sometime in May. This may be a tentative date, but you can certainly expect the project to be unleashed sometime in the few coming weeks.

2. According to Purpp, the mixtape has “No boundaries” and features “…new different things and sounds.”

The Miami rapper recently sat down for an interview with The Fader, saying “On this project, I tried a lot of new different things and sounds. DEADSTAR has no boundaries. I tried touching any sound I can touch, and I really don’t care how people feel about it cause I myself feel like I am the tape. The tape is really me.”

You can probably expect the upcoming release to feature at least a few of Purpp’s previously released hits, but as of now, the cut confirmed to appear on “DEADSTAR” is the TM88 & Southside-produced slapper “Woah.”

4. Watch the official trailer for “DEADSTAR.”

Lil Purpp took to Twitter to set loose a stripper-filled trailer for his upcoming mixtape, giving us a good idea of what themes the effort will touch upon. Judging from the 40-second clip below, the work will explore certain insecurities and temptations that have turned the youngin’ into a “dead star.”

5. The project allegedly sounds “OUT THIS PLANET.”

Tweeted alongside a bathroom mirror-selfie, Purpp claims the project is “OTW” and sounds “OUT THIS PLANET OMFG.” I’ll take his word for it.

DEADSTAR OTW THIS SHIT SOUND OUT THIS PLANET OMFG pic.twitter.com/VWtGjbioPO

6. Cop yourself some “DEADSTAR” merch.

Just a few days ago, Smokepurpp revealed an official piece of merch supporting the upcoming mixtape. Featuring the same design as found on Purpp’s neck tat, the cryptic logo seems to encapsulate the overall vibe of the project.

DEADSTAR MERCH HERE 🙂 DESIGN IS THE SAME TATTOO ON MY NECK ?