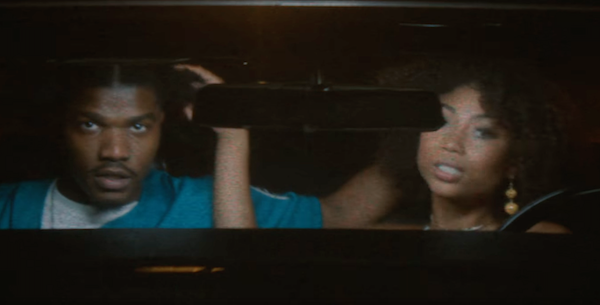 Before embarking on a nationwide tour with SZA, Smino offers up a brand new music video for “Netflix & Dusse,” a standout track off his critically acclaimed debut blkswn. The infectious song is met with a nostalgic set of visuals as the St. Louis native spends a night at the drive-in with some fine kush and a bottle of Dusse.

The Calmatic-directed visual does a fantastic job of relaying the perky nature of the previously released jam, with Smino adding “I wanted to have a drive-in theater on some old 90s shit to match the nostalgic, classic feeling the album gives off. Plus Netflix onna big ass movie screen would be raw.”

Tune-in to the “Netflix & Dusse” music video below and click here to buy tickets for Smino’s upcoming tour with SZA.