“Why I got red eyes, why I look like the devil”. 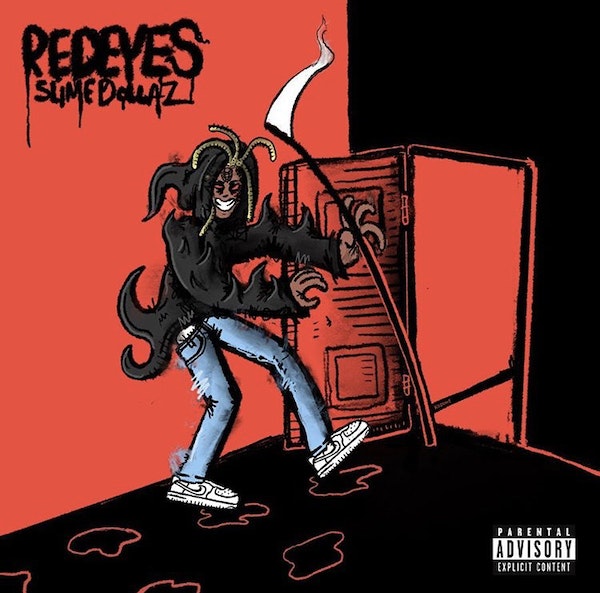 Slime Dollaz was recently released from prison a week ago for the third time in the past year as it seems like 12 is out to get him. He has gifted his loyal fanbase a new track and following it up with a video titled, “Red Eyes”. The South Carolina emcee linked with one of the most prominent names and illustrators on social media in the hip-hop world at the moment, Kodone, to create this one of a kind piece of cover art. Slime Dollaz delivers his unique choppy flow over a snappy and euphoric instrumental provided by Sosa Perrion.

The music video and visual effects were executed by Damien Aku! and Hollywood Dom, respectively. As they are able to construct a sinister and mesmerizing visual that feeds into the energy and content of the track. Surrounded by edited in fire and lighting up Slime’s eyes red like he repeats through the chorus, there are many hellish components to the video. This is just a glimpse of what Slime Dollaz still has in the vault and I am sure he is eager to continue pushing out more content and stay out of trouble with the law.