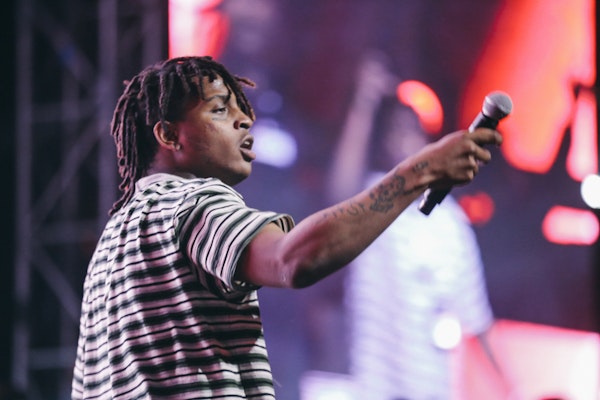 As he prepares for the upcoming release of his mixtape “Book of Eli,” Florida rapper Ski Mask The Slump God pays homage to a legendary television show by dropping a new track titled “SKIMeetsWorld.”

He released the track on his 22nd birthday after resolving issues with the ABC network regarding the use of his sample from “Boy Meets World.” Producer JamzTurnMeUp sped up the show’s iconic theme song into an uptempo slapper, suited perfectly for Ski’s rambunctious flow.

The track was initially supposed to feature Busta Rhymes, but now appears without his contribution.

Stream “SKIMeetsWorld” via SoundCloud below.