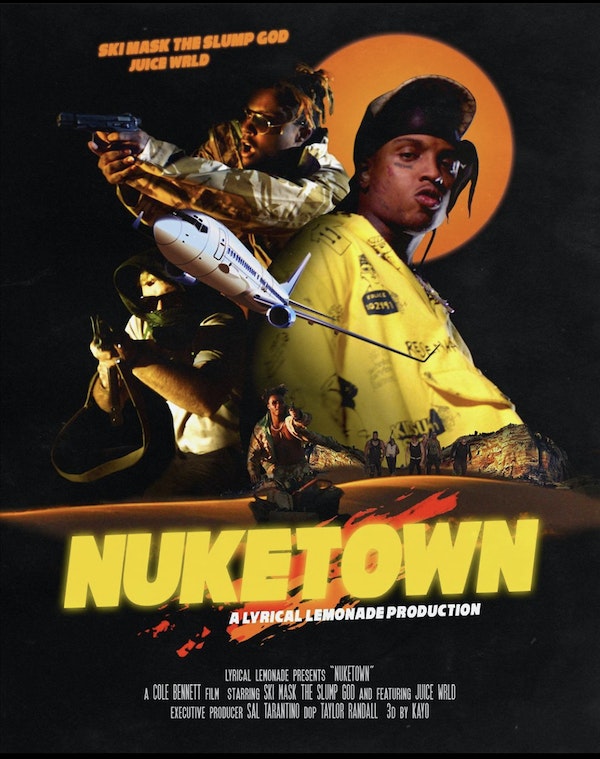 Ski Mask The Slump God releases his video for “Nuketown” ft. Juice Wrld directed and edited by the one & only Cole Bennett. The visuals for this is not your average “music video”. Most would classify Nuketown video a short film, the special effects, & camera angles turn this into a cinematic program. Cole never falls short of creating an epic visual, making the song come to life. Ski Mask is probably the most animated artist to date. Brings out the best in him while in front of the camera. Dropping Nuketown right before he goes on his nationwide tour for the “Stokely” album was a great move.