Sango drops a huge collection of rarities to show progression 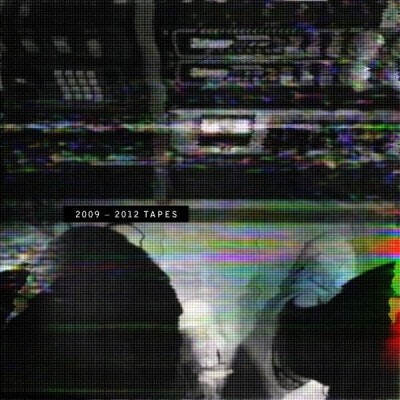 Sango just dropped the musical equivalent to a #TransformationTuesday post on Instagram if that makes sense. The producer just released a collection of music he made from 2009-12 to show his progression as a musician. He included brief descriptions of what was going on in his life at that time as well. Read his entries, as well as stream all 37 songs from the 2009-2012 Tapes below.

2009:
This year was rather odd for me (musically). I felt like I was never going to get better and needed to find myself. 100% of the time, I would only make beats when I needed to…fearing the of loss of my skills or when I felt it was time to work w/ Waldo…at the time (Waldo Da Don) lol. Jokes! Overall I want to display what my musical space and creative efforts sounded like at the time.

2010:
I graduated high school this year. I still feel like this year was my most productive year in beats. I made around 240 beats that year. I also was super busy w/ sports. I ran cross country and track during high school. I was a decent athlete and had some pretty amazing accomplishments. Nonetheless, I felt I finally was able to learn when and where I could create. The summer of 2010 was a rather heartbroken one. It was ruined by this TERRIBLE girlfriend I had. I hated dating. Much of this music was due to post break-up free time as well. Aside from that, this year was also the year I met my wife, Angela. Later in the year of 2010, my beats got more emotional and I felt like I was putting new effort into it.

2011:
It’s hard to explain this year in one paragraph. I would say it was experimental. I was definitely finding a sound of my own. My sampling was getting better. My drum work was getting better. My mixing and arrangements were a little better as well. One thing I would say is that I was stuck a lot this year. I felt like I needed to make weird stuff just to get it out my system. I also fell into a sampling hole from time to time eventually feeling limited to even making beats from my own melodies. You can probably hear the different ideas that went through my head and hear the inconsistency/stubbornness. Overall, I love this work from 2011.

2012:
I put my first release out on Soulection called “Trust Me” this year. This year was exciting. Things were moving fast and I felt like my music was finally being heard with the right ears. I also changed my whole producing experience by switching DAWs from FL Studio to Reason 5. Best mistake I ever made. Shout out Wil Pino for that CD copy.

Blessings and thanks for listening.

Dedicated to my brother Erick for getting me into music.
AGO/Soulection