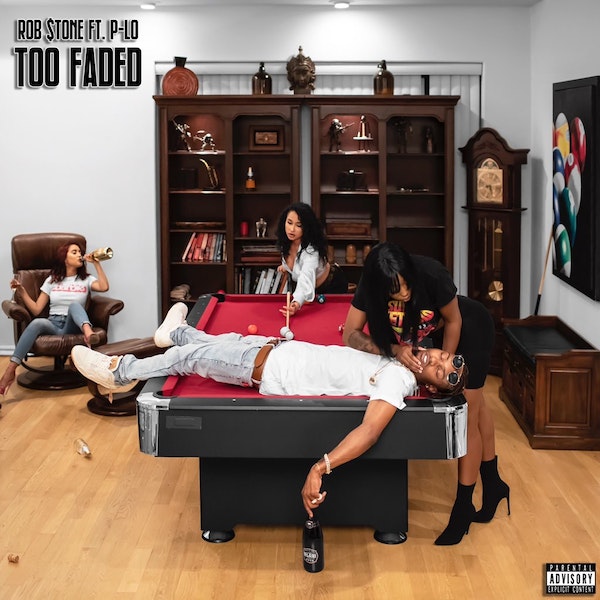 Cover art for, “Too Faded.”

Last year, San Diego native Rob $tone had a strange year. On one hand, the, “Chill Bill,” rapper released a solid album with features from guys like Gucci Mane & Meechy Darko, while on the other, he battled the late XXXtentacion — and the internet — over an altercation with Ski Mask The Slump God. All of this is the past, though, & $tone looks to the future by dropping his highly anticipated P-Lo collaboration, “Too Faded.”

Set to the tone of some bouncy, party-inspired production, “Too Faded” looks like Rob’s next billboard hit. Building up enormous anticipation on social media this whole year with teasers and leaks, Rob did not disappoint. With a rapidly infectious chorus that is impossible not to chant along too, we could be seeing the resurgence of the So Cal native.

Check out, “Too Faded” below and be sure to keep an eye on Rob $tone.