Sage English goes against the grain in “Soundclout”

Watch the genius, satire-drenched video below. 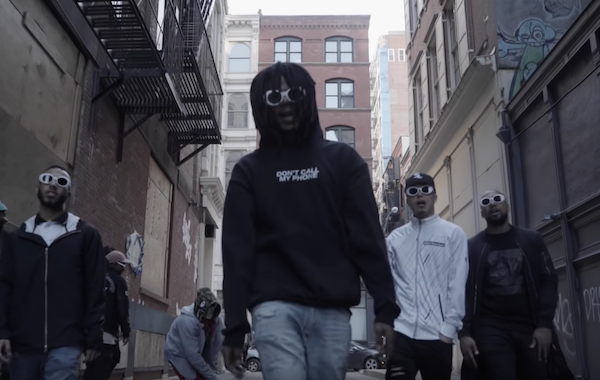 Sage English finally releases his anticipated video for his very clever single, humorously titled “Soundclout.” Soundclout is a hilarious play on the current state of affairs of SoundCloud in regards to chasing clout, putting on a front for Instagram, and otherwise being a clone of other popping artists. Sage pokes fun at the clout chasing while he bounces around the energetic video with him and his whole crew donning the white-framed “clout goggle” sunglasses.

The genius of the song really starts with the production, whipped up by DJ SwanQo, which mashes the melody of Pe$o by A$AP Rocky and the bass line of Magnolia by Playboi Carti. If anyone has spent any amount of time on SoundCloud, you’ll know just how overplayed both of these beats are after it seemed like every rapper in the world decided that hopping on one of these beats seemed like a good idea at the time. The satirical take on both of these beats being stitched together while Sage raps about not giving a fuck about the clout finds success in its humor, but also just as much success in the fact that the song is undeniably good.

Sage English checks all the clout boxes, with the self-directed video taking place in SoHo while the whole crew wears variations of Bape, Vlone, and of course the infamous clout goggles. Check out the satire drenched video below.