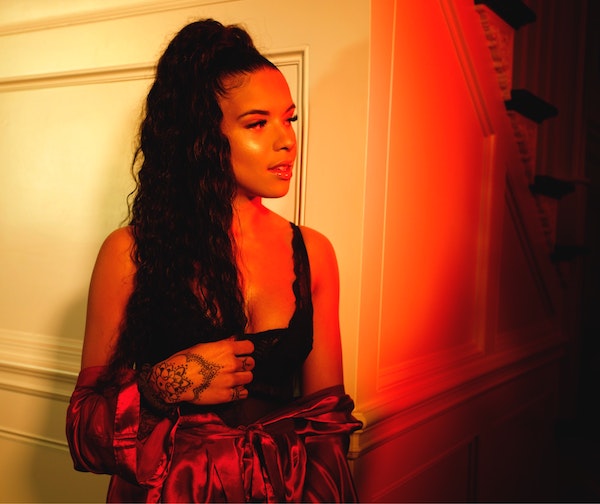 Discovering real and authentic talent is very important to me. Whether it’s underground or not, every day I’m constantly looking for new fire, upcoming artists to share with you all. Hitting the jackpot, the other day I came across a groundbreaking artist by the name of Rubie Soleil.

Born in Indianapolis, Indiana, Rubie moved to Switzerland when she was adopted at the age of 14. In 2011, she made her way back to the United States and began to run track at the University of Oregon. However, her passion was clearly elsewhere and in 2018, she started up her blooming music career into what it is today.

With that said, Rubie just released a music video to her first track ever recorded entitled “Alright”. The single is produced, mixed, and mastered by Haywood, owner, and producer of El-Clique, who has been featured many times on our pages before. Together, Rubie and Haywood are a team with Haywood being the first to ever record Rubie.

Not only is Rubie appealing to the eye in her new “Alright” music video, but she also brings much more to the table. Seeming fearless, her lyrics are laid with strong deliveries and purpose. In “Alright”, she croons, “Alright / I’ve been praying that you’re changing but it’s alright / Now I’m focused, paper chasing, yeah it’s alright”.

Bound to make a huge impact soon, Rubie effortlessly switches from her R&B chorus to a solid rap flow in this first single. Directed by Ife Adeniji and produced by Artistic Outlet Media, check out her new music video below.