Ronen continues to prove he is for real. 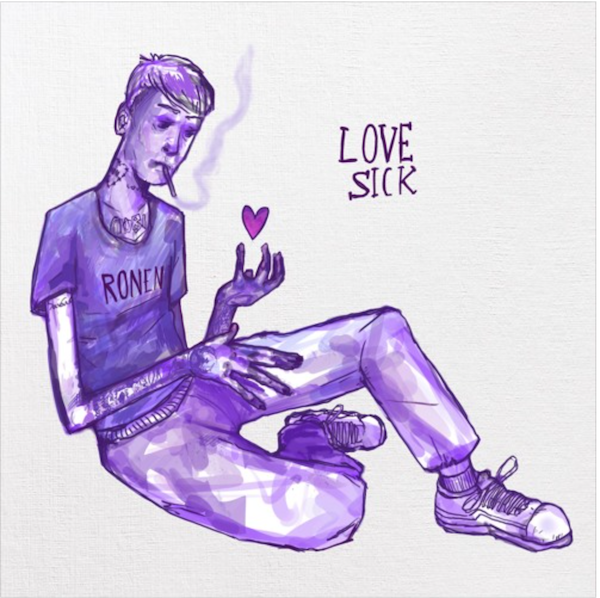 After acquiring a standout catalog of 2019 releases, Ronen has created some separating with himself from the pack of other rising talents. Ronen’s cutting edge sound is a mixed set of alternative elements and those of more conventional hip-hop. His latest release Love Sick is a deeply honest narrative spoken shamelessly with a powerful echoing voice that demands attention. Since the days as an early producer/collaborator for Lil Peep, the Texas rooted talent has come far in creating an identity as a gifted solo artist and placing himself behind the microphone as the featured talent. Whatever his method of creation, and however he decides about giving it out to the world, the music from the young artist is striking.