It was literally 10 years ago when Pittsburg and New Orleans came together in the form of Wiz Khalifa & Curren$y joining forces. Both had solo efforts that fans enjoyed up until that point but it was when they released How Fly that birthed the friendship that has stayed bookmarked in our brains since. Today a whole decade later Wiz & Spitta link up and bless fans with their highly anticipated project 2009 and this shit brings back nostalgia.

From the first track, “Garage Talk” with its retro feel like a Chuck Inglish beat you can hear the two pick up almost right where they last left off on How Fly. This project is more than just a feature each share on a track, these two actually enjoy working together and tracks like “Find A Way”, “Eastside” and “No Clout Chasin” display that perfectly. Recruiting producers Dame Grease, Harry Fraud, Cardo, and DJ Fresh along with features from Ty Dolla $ign and Problem, 2009 was exactly what we needed just to show how much time had past since we last heard these two go bar for bar on a body of work.

Roll up some paper planes and stream the 14 track offering below. 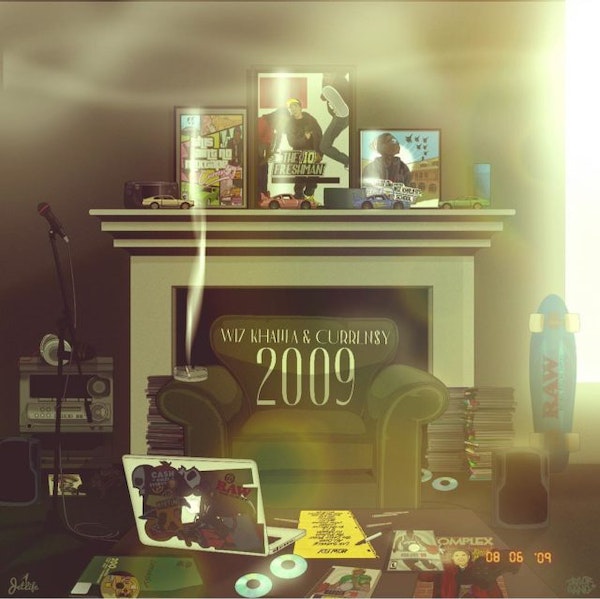