Robb Bank$ and Wifisfuneral are coming to a city near you

The talented South Florida tandem is coming to a city near you with new music.

Wifisfuneral and Robb Bank$ have cemented themselves amongst the elite of their peers. The South Florida tandem has released a string of collaborative singles leading up to their impending Connected tape. The two are also taking their talents across the country so that fans can see these new anthems, including the previously released “EA”, live for the first time.

After Wifi finally shared the long-awaited project’s tracklist on socials (pictured below), the two went on to announce a subsequent tour of the same name.  Keep scrolling to see those dates. 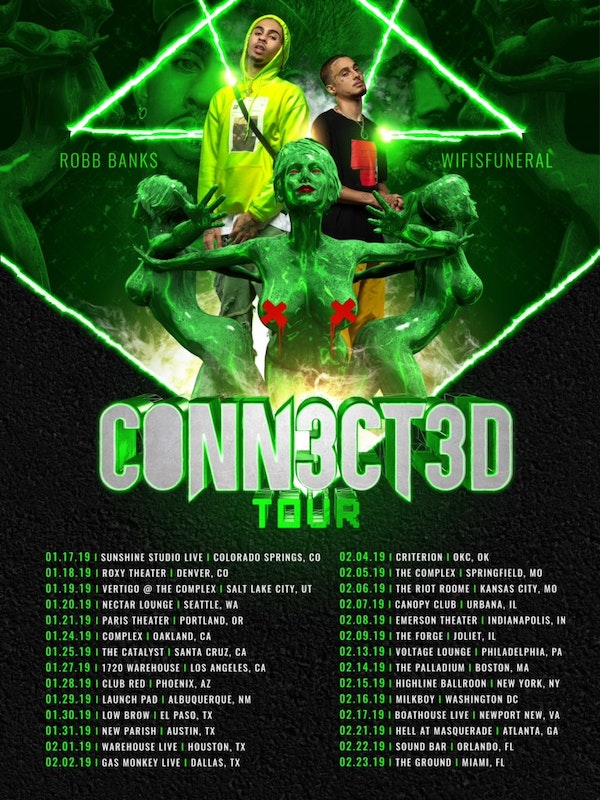