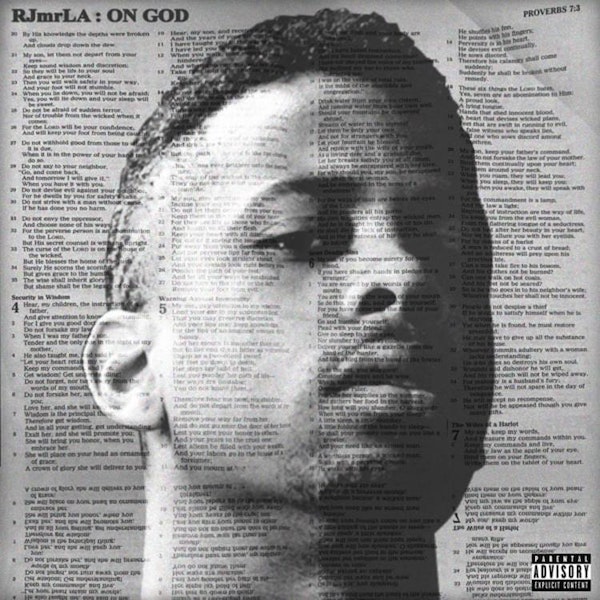 “I don’t love my enemies or no weapons formed for me, this my truth, my testament on God, on God”

Hailing from South Central, Los angeles ‘RJmrLA‘ drops his long awaited debut album ‘On God‘ with strong production and superstar features. I have personally been following him for a while now, & this album shows growth and depth. From his highly successful mixtape series ‘O.M.M.I.O'(on my mama i’m on) where he released three installments of. Then to his albums under 400 summers ‘MrLa’ & ‘The Ghetto’ he definitely has proven his longevity in the game. This project is well put together & you could tell first listen that RJ put a good amount of time and effort into it. This time around he brings along a solid set of features on the tape, including Schoolboy Q, Rich the kid, & Young Thug to name a few. The album has 20 songs in total which all have their own vibes to it. So i’m sure you will find something on there which will cater to your musical needs.

I am very proud of RJ & to see how far he has come with the solid team around him. Definitely looking forward to see what transpires from this long awaited project. Make sure to take a listen to his past work and this album to get a feel for who he is and what he represents as an artist.