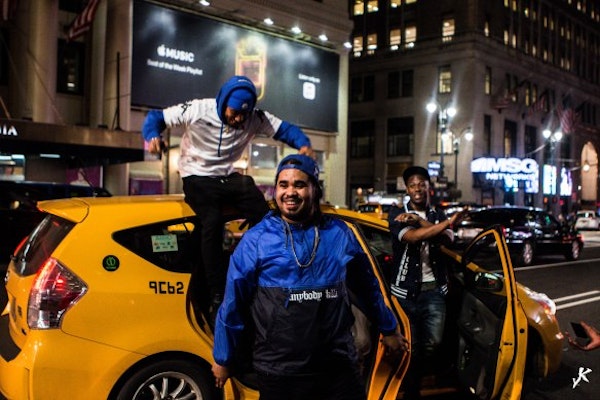 One of the driving forces during the renaissance of LA street music is Inglewood rapper, Rucci. As part of BassSquadRecords, which also featured the late Sean Mackk, Rucci used 2018 to go on a scorching run, which included an acclaimed mixtape & a national tour with Shoreline Mafia. With the year coming to an end, Rucci delivers his much-anticipated project, For My Dawgz.

With production being handled by mostly Southern California beatmakers, it’s no surprise that For My Dawgz sounds unapologetically West Coast. With a running theme of thumping 808s and melodic synths that, on one hand, can sound like murder music, but on the other could sound like street gospel, it’s obvious that realization is this project’s key component, with joy playing second fiddle.

Despite the, at times, conflicting messages, it’s very clear that the project is an ode to the people he feels put him on, as well as a major growing process, one that saw him come out the other side more polished and ready for stardom.

With his second project of 2018 in the books, Rucci is shaping his 2019 to be one to remember. Tap in with, For My Dawgz below and get familiar with Inglewood’s rising star.