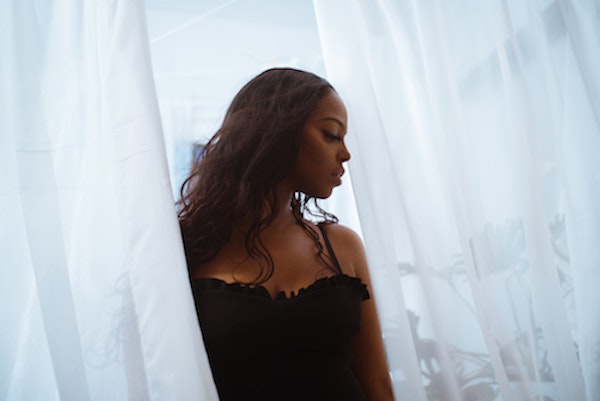 Rising Somali-Canadian R&B artist, Amaal, releases her new single, “Coming and Going” today. “Coming and Going” is a silky, lustrous number about how the experience of being in love can sometimes have equal parts highs and lows and the recognition that the bad often doesn’t negate the good. Speaking on the track’s inspiration, Amaal shared: “‘Coming and Going’ was inspired by a relationship that had no defining status. I think a lot of us have been in situations where we should leave but it feels so good to stay.”

“Coming and Going” is the second single off Amaal’s upcoming debut EP set to be released this summer and is the follow-up to the groundbreaking ‘Not What I Thought.’The visuals for “Not What I Thought”, directed by creative Sean Brown (best known for his work with Daniel Caesar), is quickly approaching 1 million views. As featured by Complex and The Fader, and on playlists including Spotify’s Just Vibing, Indie Pop Chillout, and Rhythm & Baws as well as featured as Apple Canada’s best new artist of the week in February, Amaal is set to empower and allure (The Line of Best Fit) with her storytelling and songwriting.

Amaal, born in Mogadishu, Somalia, was raised in a traditional Muslim household, the middle child of seven sisters and two brothers. When the civil war broke out in Somalia in the early 90s, Amaal and her family emigrated to Toronto, Canada in hopes of a better life. Amaal quickly immersed herself in the arts and she began singing at the age of 16, releasing her first singles 4 years later. Prior to signing with Universal Music Canada, she followed an independent career path into the music industry, utilizing social media as an important marketing tool to help push the music. Her songs subsequently went viral on YouTube, Facebook, and other social networking sites, which helped introduce her sound to a global audience. Singles by Amaal include achieved over 200,000 YouTube hits, and has inspired cover versions by fans. Another fan favorite, “With You”, earned 80,000 views in its first two months. While “Mufasa” is considered her biggest release to date with views and listens accumulated to over 2 million. Amaal’s lyrics have always been socially conscious, focusing on topics of growth, love/heartbreak as well as global causes. She draws influences from both her personal life experiences and her travels, including a trip to Uganda where she worked closely with women’s groups within local communities.