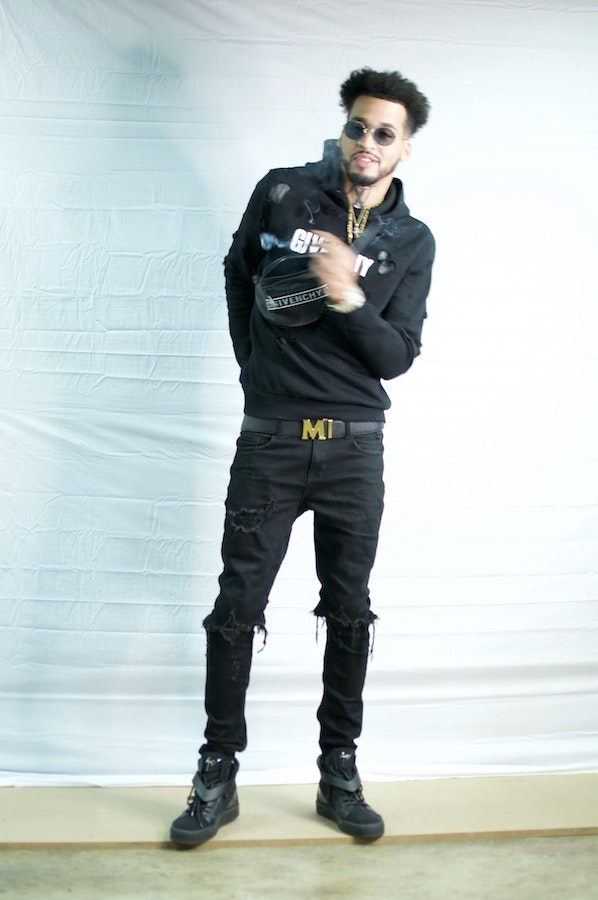 It’s deeper than rap. That’s a saying that’s as old as the genre itself, and it’s as true as ever. Going through one of the most tumultuous we’ve had since the mid-90s, emotions are running high in Rap right now, and we’ve started to see a shift back to people seeking therapy through the music, especially artists. One of those artists is Harrisburg native, Demetriu$, who checks in at Elevator for the first time with his reflective new video for, “$cars”.

Directed by Kayso The Director, the infectiousness of the video and the record both match, and as patronizing as it sounds, it’s definitely a compliment. While many videos for dope tracks, nowadays, tend to underwhelm — and we all know how many big budget videos have made mediocre songs listenable — “$cars” is equal on all sides. Utilizing his catchy cadence and vocal range to display his pain in a more digestible way, the Northeastern rapper proves that he has a place in this game.

Take a peek at the video below and get to know Demetriu$.