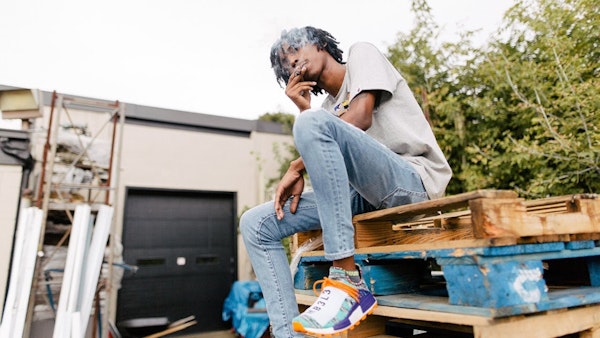 Unless you’ve been blatantly ignoring it, or you’re just not hip, then you’ve seen the resurgence of Detroit Hip-Hop in the last year or so. Boasting some of the hottest rising artists in rap at the moment like Drego & Beno, BandGang Lonnie and of course, Sada Baby, Detroit currently has every record label buying A&Rs plane tickets to DTW, just to catch a glimpse of the action. Spearheading perhaps this whole damn wave, and without a doubt making some of the best music, fellow Detroit native Baby Smoove delivers his incredible new project, Flawless.

Clocking in at 18-tracks, it could be easy for Flawless to seem like a drag, especially considering the fact that he’s a new artist… that is until you press play. From the jump on records like, “Blicky”, “Sixty (Melo)” and “I’m 22”, Smoove establishes himself as a capable lyricist, spewing out incredibly relatable and clever one-liners like, “You niggas just around, you ain’t never made a difference/I ain’t really with that broke shit, nigga, it’s a sickness” over some of the most refreshing production out at the moment from producers like TaxFree, Reuelethan, Michigan Meech and more.

Smoove keeps up the energy throughout the rest of the project with tracks like, “Groupies” and “Get To Work”, but perhaps the most intriguing songs on the project are, “Free Game” and the Drego-assisted, “In Too Deep”. Both songs see Smoove slow it down a little bit, and get a little deeper in his storytelling bag over the more ambient production. In the future, I hope to see Smoove run down this groovy rabbit hole a little bit more.

In all, Flawless is without a doubt the best Hip-Hop release of April, and potentially of the year so far, in total. With 18-tracks and very little skips, Detroit’s Baby Smoove proved his ability to craft fulfilling projects, while showcasing his underrated lyrical ability over some of the best production out, right now. Press play on the project below and tell me if I’m wrong.