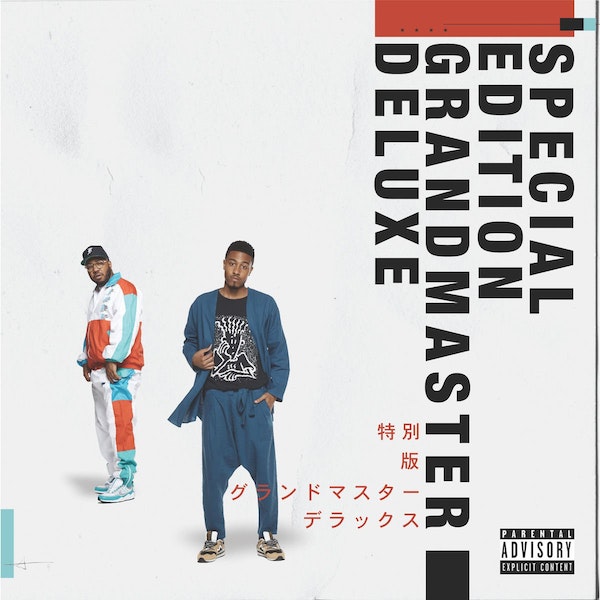 The forefathers of swag, Sir Michael Rocks and Chuck Inglish, better known as The Cool Kids, have reunited to drop their brand spanking new project Special Edition Grandmaster Deluxe. Once darlings of the blog rap scene it’s been six years since the Midwestern duo’s last project When Fish Ride Bicycles. In the time since members Chuck Inglish and Sir Michael Rocks have seen their share of solo successes but it always just felt better when they were in tandem.

I remember when I first heard Black Mags on a Rhapsody commercial I immediately went to download it on my Zune. The Cool Kids resonated with me as they were unabashedly themselves and products of the 90s, rapping about Star Wars belts and bicycles whilst donning snapbacks and vintage Starter fits in an era of fitted caps and Girbauds.

They pick up exactly where they left off spitting dope rhymes over bombastic production from Chuck Inglish. And damn is the production good! Chuck Inglish has one of the most versatile sounds in the production game ranging from the hard-hitting intro “Moonlanding” to the pop-funk styling of “Jean Jacket.”

Chuck’s signature synth lays the groundwork for an adventurous soundscape that’s complimented by the duo’s 90s-inspired references from Bo Jackson to Pokémon to Tekken.  The Cool Kids seem at home over any soundscape Chuck Inglish choses to throw at them. While Sir Michael has often been the more adroit rapper of the duo, Chuck has made leaps and bounds as an emcee which he acknowledges on the standout track “Checkout” “my beats got better and my bars got heavy”

SEGD is without a doubt a party starter. “T.D.A.” sounds like Freaknik burst from the grave just to bless us with that track. While “TV Dinner” and “Break Your Legs” should fit perfectly into a future 2k soundtrack.

They enlist a sizeable cast of guests but it never feels the Cool Kids are being overshadowed. Reese LaFlare, Larry June, Boldy James, Syd, Jeremih, Travis Barker, 10ille and plenty others make appearances throughout the project.

Oftentimes, reunions and sequels are burdened with an insurmountable level of hype and anticipation that prevent the project from blossoming into what it could be. This is not the case for Special Edition Grandmaster Deluxe, Chuck and Mikey’s individual forays only served to strengthen the product.