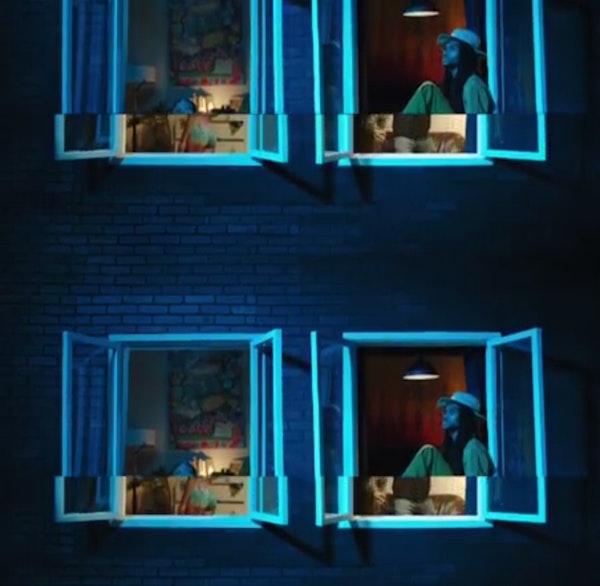 Roughly about a month after releasing their sophomore album entitled Mō’zā-ik, Brooklyn, New York-based ensemble, Phony Ppl, are back on our pages, sparking up another flame with the release of their newest music video, shot to their fan favorite single, “Way Too Far”. For those who don’t know already, Phony Ppl is a flavorful band made up of five extremely talented musicians named ElbeeThrie, Aja Grant, Elijah Rawk, Bari Bass, and Matthew Byas.

Their single, “Way Too Far”, which was released before the album, is also the first song featured on the buzzing sophomore project and one of the smoothest creations on there.

The neo-soul song describes the feeling of losing oneself trying to please a significant other. In the brilliant new visual, we get a glimpse of a woman looking up at the moon through a window at first. The videographer then proceeds forward, scrolling our eyes up an apartment building where people are seen living their lives, again, through windows. Running us up even further, the video closes out as we hit space and finally, the moon, where we are instantly taken back to the woman’s window.