Skateboarding and music are the start and end of it all for this generation. 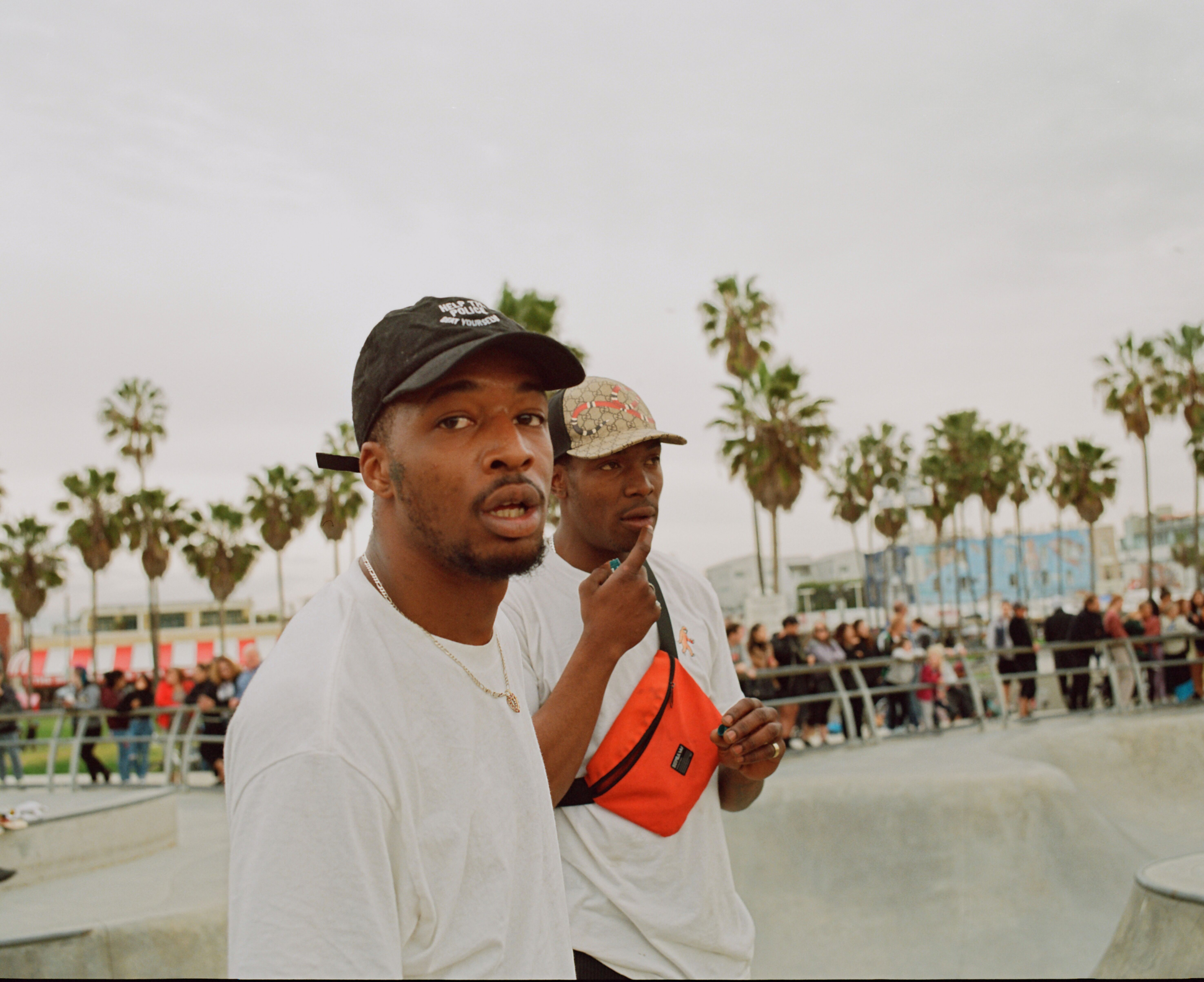 Red Bull Music is sharing a new documentary exploring skateboarding culture in Los Angeles and its synergy with the city’s vibrant music scene. “LA Skate + Music” puts a spotlight on the skateboarders, filmmakers, musicians, and individuals leading the intersection of Los Angeles’ skate community and the music it draws inspiration from. Serving as a mecca of music and the city that popularized skateboarding, Los Angeles’ diverse makeup allows those communities to enmesh regardless of one’s ethnicity, gender or financial status.

The documentary highlights a generation of influential Los Angeles skateboarders and the lessons skating has taught them. Director and founder of the Illegal Civilization skate crew/creative collective Mikey Alfred, The Bots drummer Anaiah Lei, local skateboarder and aspiring music producer Chelsea Castro, and skateboarder/musical tastemaker Hesh speak on how the city’s rich history at the intersection of music and skateboarding has shaped the way they pursue their passions. With “LA: Skate + Music,” Red Bull Music celebrates the indivisible influence of skateboarding and music on Los Angeles youth, told through the eyes of the creatives that celebrate that connection with their art.

“They just are related, always have been,” The Bots’ drummer Anaiah Lei says of the mutual influence between skateboarding and music. “For skaters, a lot of people find their taste in music by watching skate videos.” The documentary also includes the voices of local skateboarders like Long Beach-born Chelsea Castro, whose musical taste and exploration into producing her own music developed out of her love for skateboarding.

“Music plays a huge part in skateboarding,” Chelsea says. “There’s always a song playing when watching skate videos. Working on a video part takes so much time and effort, you want to find a song that compliments your style.”

The documentary arrives as Red Bull Music Festival Presents recently-hosted Illegal Civ Movie Motel, a day-long event held in an iconic ’50’s era motel celebrating the vision and work of Mikey Alfred and his entire Illegal Civilization crew. Featuring performances from Tierra Whack, Tommy Genesis, Show Me The Body and Na-kel Smith, the event highlighted the impact Illegal Civilization have had across the arts through their directing, producing, designing, curating and skateboarding. Illegal Civ Movie Motel was part of Red Bull Music Festival Los Angeles spanning across the month of February, featuring a selection of curated events around the musicians, photographers, and individuals pushing culture forward.

You can see a full list of the programming available during Red Bull Music Festival LA here.

From São Paulo to New York City, Paris, Tokyo, Los Angeles and beyond, the Red Bull Music Festival series has circumnavigated the globe, shining a light on the unique sounds and scenes of its host cities. Every edition celebrates music, its culture and the creative minds behind it. Through insightful programming, Red Bull Music Festivals support artists and local music communities by giving them a global platform. 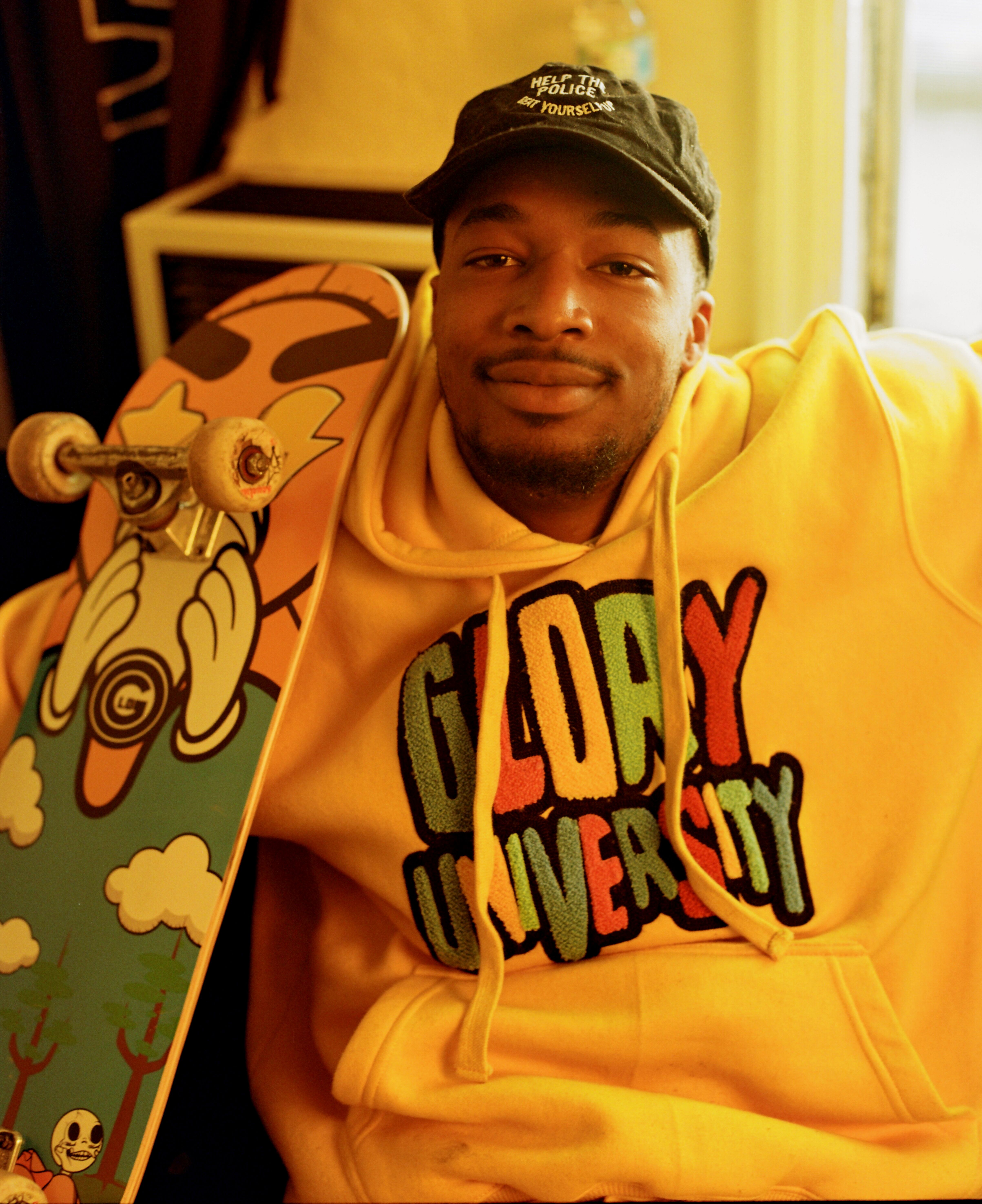 Hesh is a skater from Inglewood who has been influencing the underground hip-hop scene in Los Angeles since age 16. Now 22, Hesh is affiliated with a number of different artists including Matt Ox, Chief Keef/Glo Gang, Valee, ChaseTheMoney, 03 Greedo, Shoreline Mafia and more. 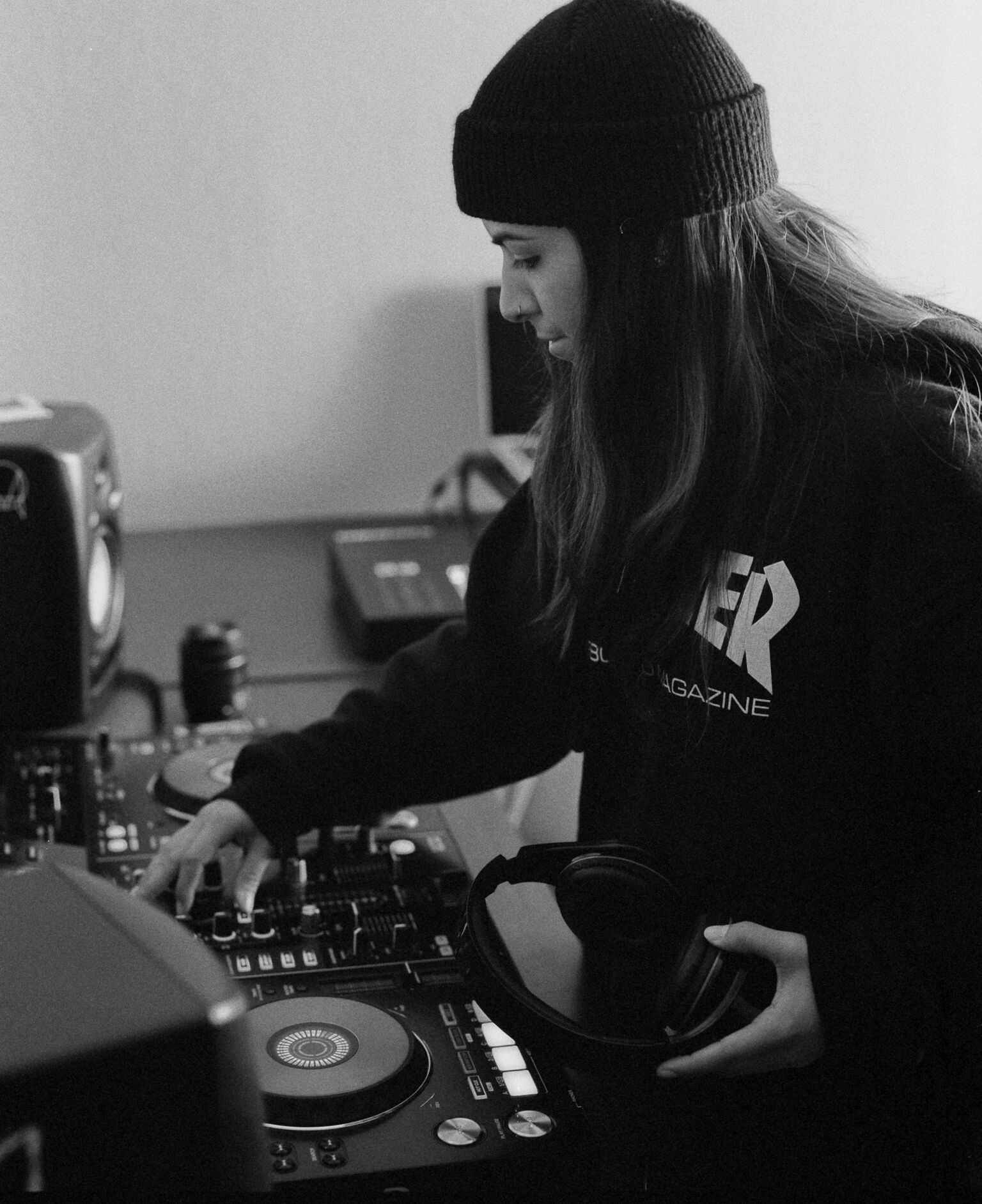 Chelsea Castro began skating at age 12 in her native Long Beach and has been skating throughout Los Angeles ever since. Now 26, Chelsea has drawn ties to LA’s electronic music scene, and she’s recently been inspired to learn how to produce her own music after being gifted her first mixer. She predominately listens to bass or trap music when skating, and credits music with motivating her to become a better skater. 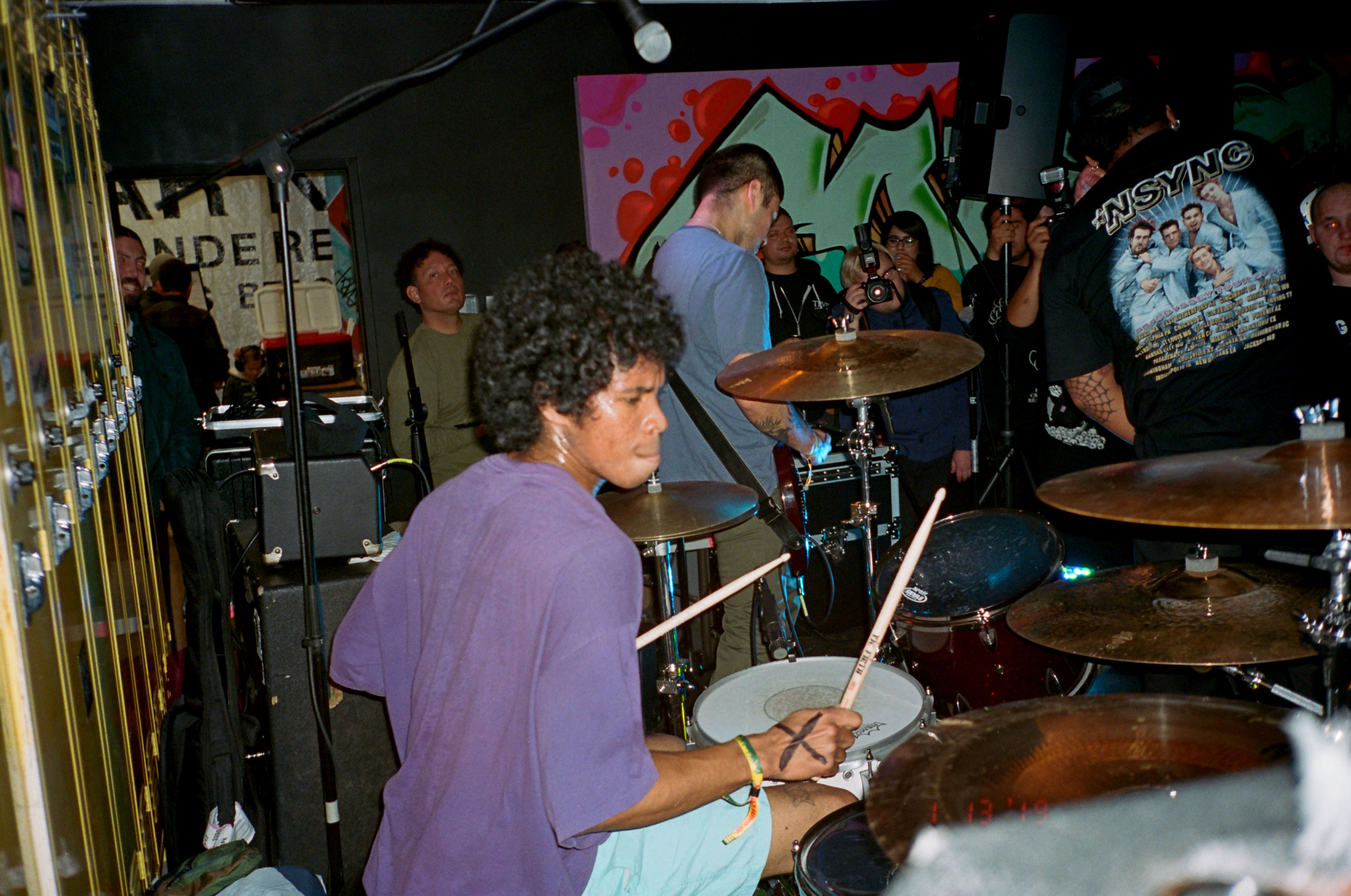 22-year-old Anaiah Lei is a defining example of the interconnected influence of music and skateboarding for LA youth. Anaiah first picked up skateboarding and the drums at age 4 and grew up skating the streets of Glendale. At age 13, he and his brother started their garage-punk band, The Bots, whose music has drawn critical acclaim and led them on tour across the US and Europe. 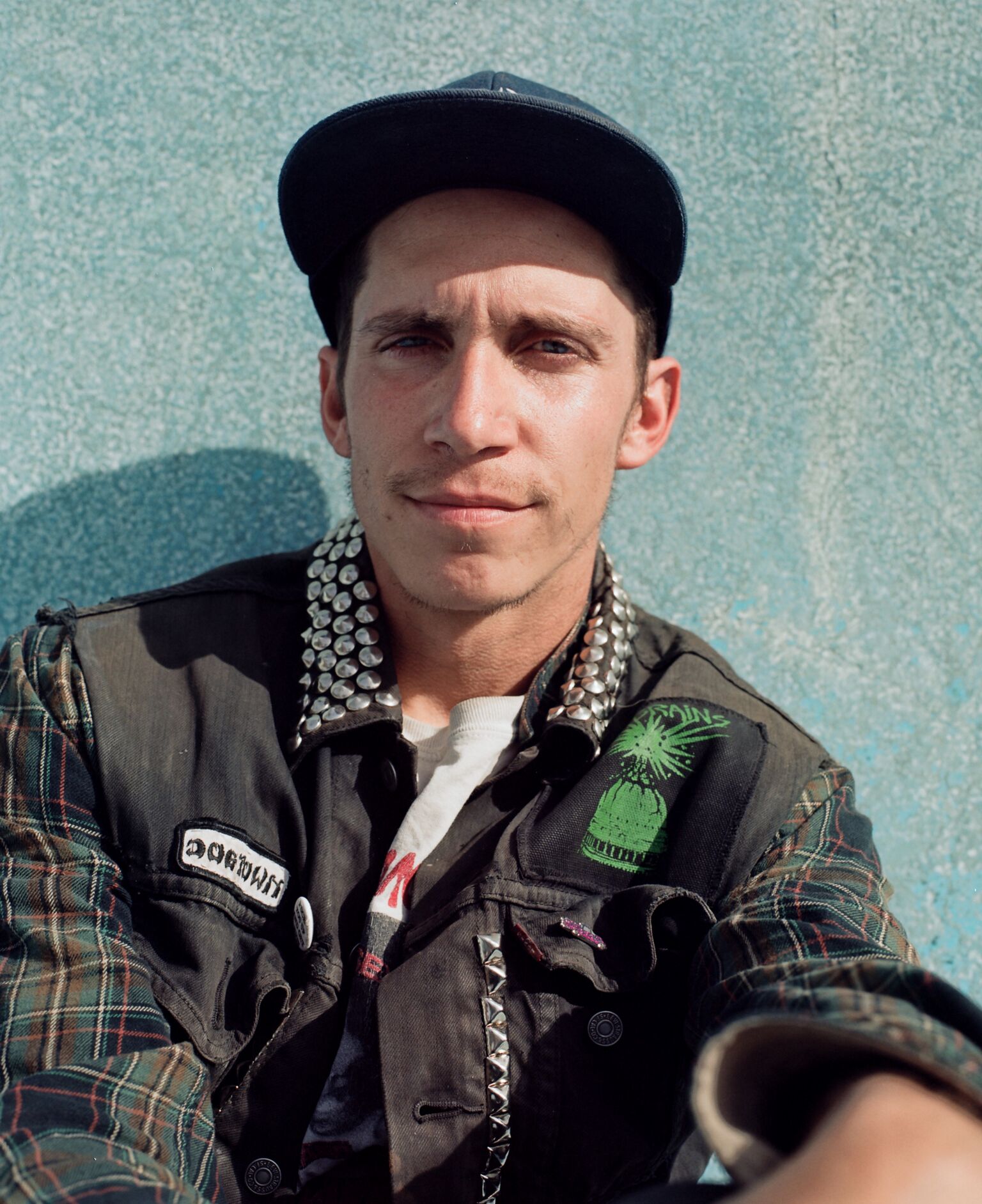 Race Nagel has been skating since he was 11. Now 30-years-old and living in LA, Race skates emptied pools in Highland Park and beyond, preferring DIY spots to skate with friends. He’s also a talented guitar, banjo, and drum players and sees firsthand the ways in which skateboarding and music influence each other. The music Race listens to fuels his skating and he pulls the emotions of landing a trick into his music.

About Mikey Alfred and Illegal Civilization: 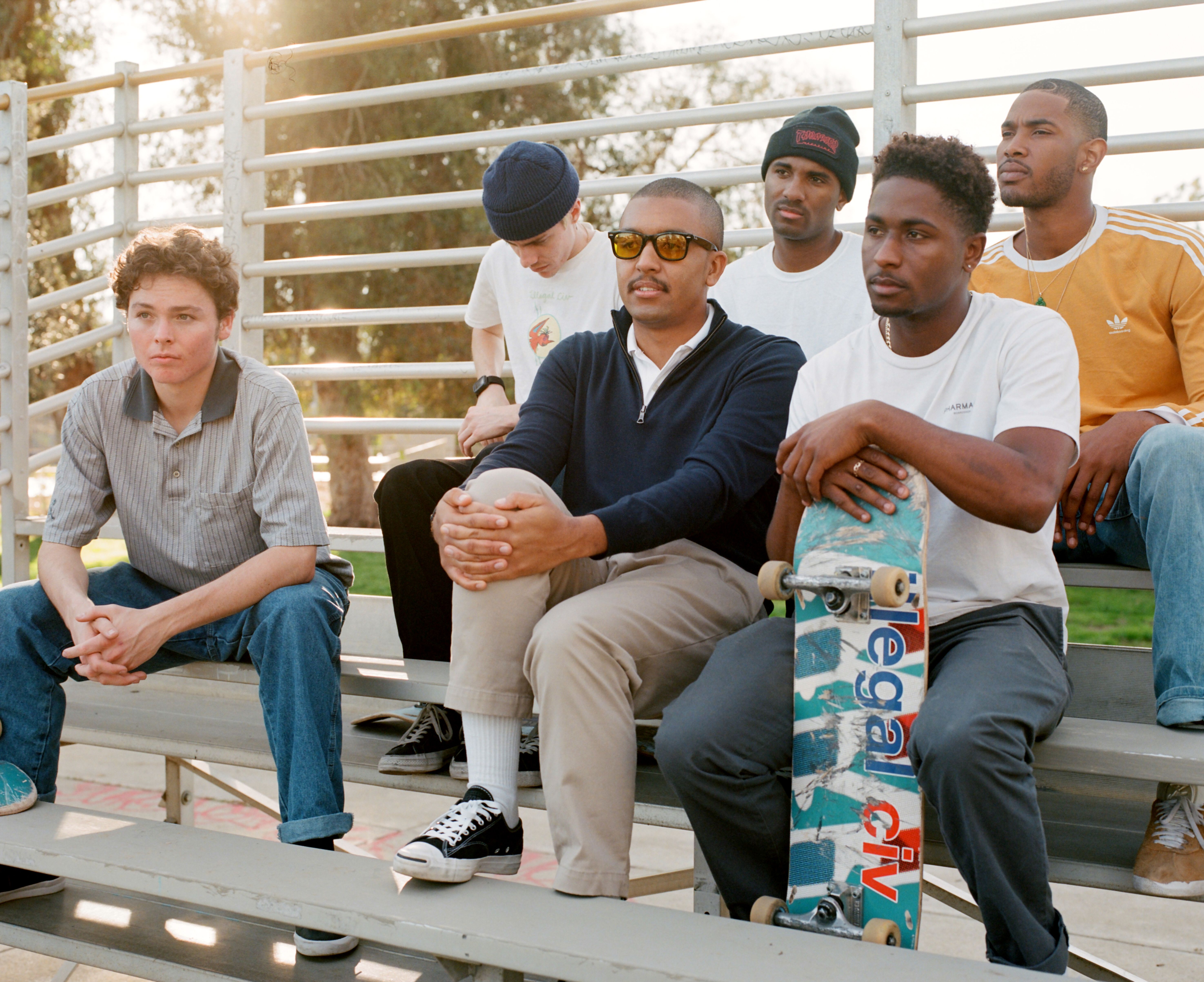 About Red Bull Music
For 20 years, Red Bull has celebrated music, its culture, and the creative minds behind it. With multiple festivals, music education workshops, collaborations with artists and thousands of initiatives, Red Bull supports artists and local music communities around the world.