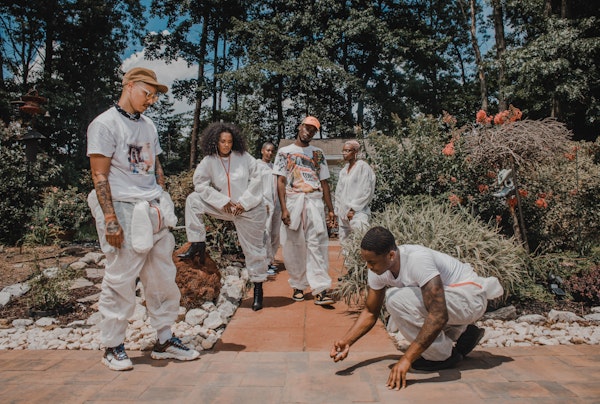 Re-Up Nelson dropped his debut album and I couldn’t be more impressed. The DMV artist released Don’t Walk Over Green Gardens, a 10-track project with few features and a whole lot of potential. Re-Up and I became friends a while back when I successfully got the video for his single, “WYA,” premiered on the Elevator YouTube channel. I was a fan off rip, naturally intrigued to see what else he had in the works.

The most standout (and amusing) aspect of his album rollout was a “commercial” he tweeted out for his own breakfast cereal, “Re-Up Nellios.”

One thing I’ve learned about the young artist is that he is no stranger to hi-hats, as they can be heard all over this new project. Don’t Walk Over Green Gardens finds Re-Up going out of his comfort zone as he showcases his versatility as an artist. “Can’t Take Your Love,” which is both of our favorites, finds him playing with his vocal range. “‘Can’t Take Your Love’ [is] my personal favorite too. I had to come correct,” he told me.

Not only is the production on point, but the cover art is fire as well. Shot by Tobi Odukoya and creatively directed by domingo008, the album art’s color scheme is probably one of the most aesthetically pleasing I’ve seen in a minute. Well done, fellas.