RARRI drops off a squadly new single “Insomniac Mob”. The INSOMNIAC crew, if you are not familiar these Cincinnati kids, consists of Rarri (obviously, aka Jeez), Lamb$, Midwest Mills, Rakz, Gust, and probably a few others in the cut. They’ve been steady working while waiting for their blue chip prospect Lamb$ to get out of jail, which we’re told is for some “bullshit”. For now, stay up with the rest of the Insomniacs and listen to Rarri “Insomniac Mob” below produced by YUNGSUAVE. #FreeLamb$ 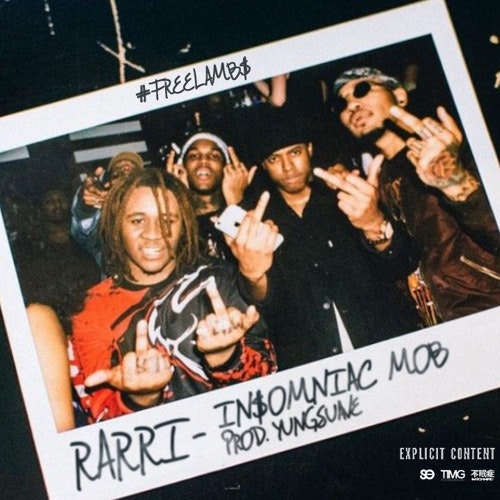