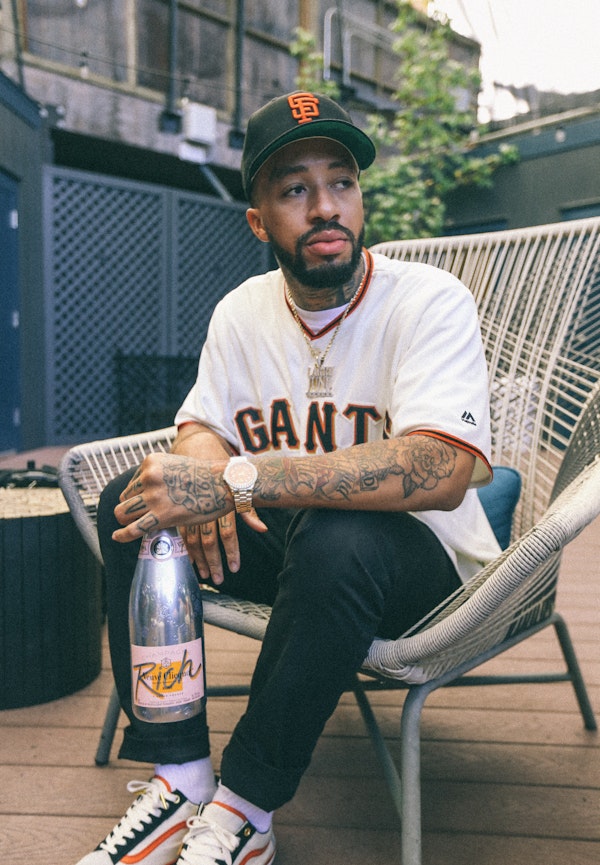 Larry June is “Back Rappin” and we couldn’t be happier here at Elevator. However, Larry is focused on spreading more than lyrics; his health-centric lifestyle has become an integral part of his persona both on stage and off. While many of his peers choose to glorify prescription drugs, Larry has managed to incorporate his past trap experiences with his current healthy living lifestyle.

This is epitomized in his live performances where Larry can often be seen donning some Whole Foods gear while lofting fresh oranges into the crowd. 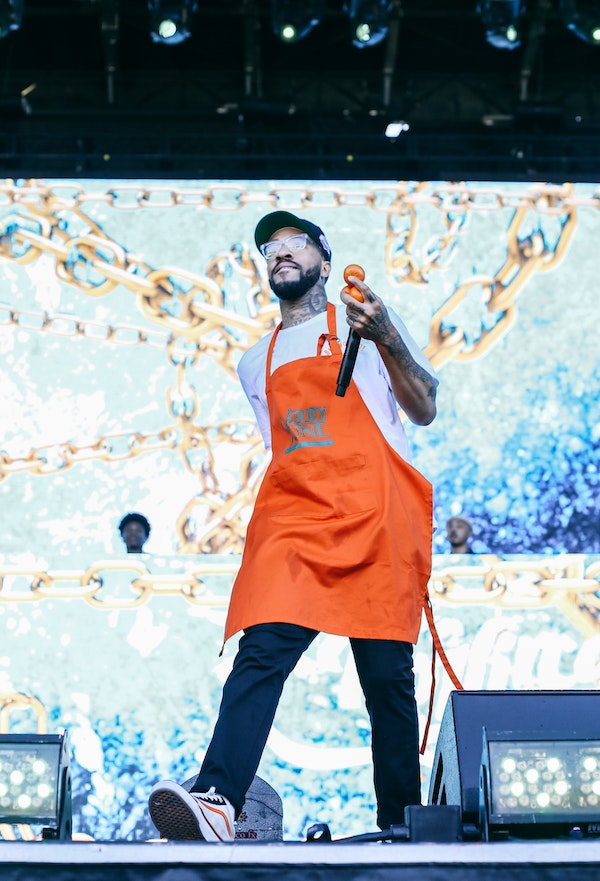 After a brief musical hiatus, Larry is back and healthier than ever. When I caught up with June following his captivating set at the Rolling Loud Festival he casually mentioned that he has six EP’s in the works. While initially skeptical, sure enough, only days later he would go on to announce the first project’s title, You’re Doing Good, which is one of Larry’s many catchphrases that you’ll no doubt become familiar with by the end of this piece. Larry’s infectious charisma is unmatched and his emphasis on healthy living has given rap a sorely needed check-up. And for that, he’s earned a GOOD JOB LARRY! 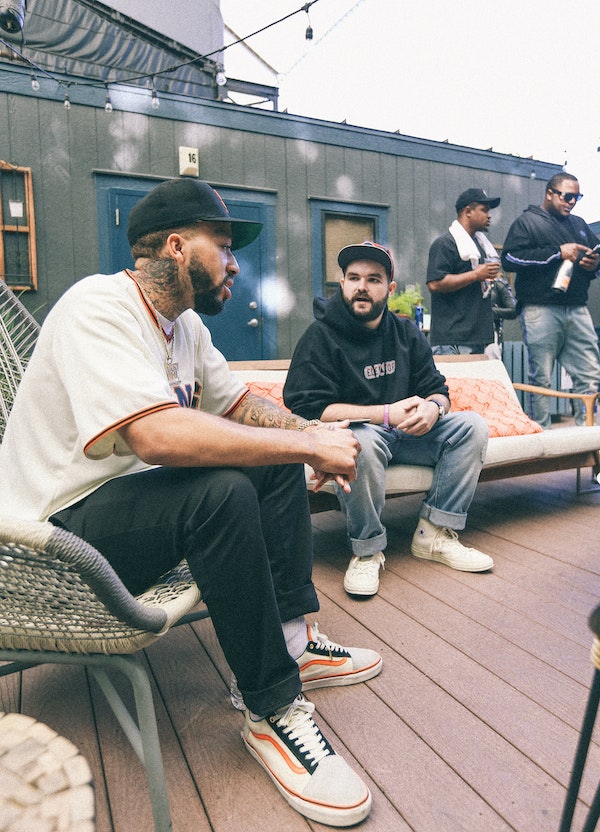 Larry, you’re at the head of this healthy movement in rap right now, huh?

Oh yes, I must stay healthy on a punk bitch.

When did you start taking your health seriously?

Always man. Health is wealth. So I must stay healthy on a punk bitch. Good job Larry, good job Elevator. Sock it to me, off the dribble. A lot of people talk about the lean and the xans, all that shit and it gets old. So here comes me, this orange bitch ass nigga like me to fuck the game up. You know I always got the water on me, got that orange faced Rollie on my wrist. I’m just always on healthy shit, there’s not really any greater meaning beyond just that, stay healthy. We only live once and we only get one body so take care of it. So yeah, live life, ride bikes, take some bitches hiking, go to whole foods cop yourself an organic panini sandwich, with some free range chicken. I’m not a vegan but you know I still stay healthy on a punk bitch.

How do you go about making a song?

It’s all a vibe now. I don’t write anything so it’s all off the dribble. I don’t really write songs as much as I just speak my life. I want it to come from the soul. If it ain’t that then you’re not getting the real me. I don’t really make club songs or anything like that, I just hop on a beat and talk my shit. You either fuck with me or you don’t. I’m not a lyricist, I just talk about my life. 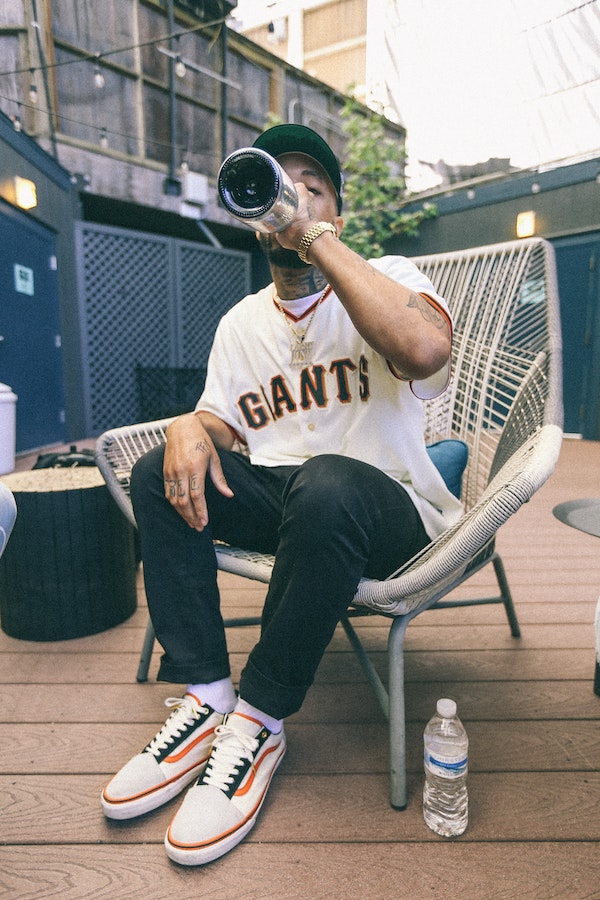 What’s something you’d like to see people leave in 2017?

I want to see more healthy now. I want to see care about their body more and live life while they’re here. And I’m not even one of these niggas talking about nothing but positivity. I talk about everything. I talk about choppas, I talk about pimpin’ bitches, I talk about selling dope. At that same time though, we only get one shot you know. I went through my shit and leveled up. I’m just here to encourage my fans to do the same. I live in a peaceful neighborhood, I shop at whole foods for my shit, I got a hot-tub in my backyard. I live peacefully, but it took time to get there and I talk about all the shit I’ve been through in order to be here. At the end of the day I stand for something, go out live life, kick it with your family, If you got kids take care of your kids, that’s just what’s real to me. 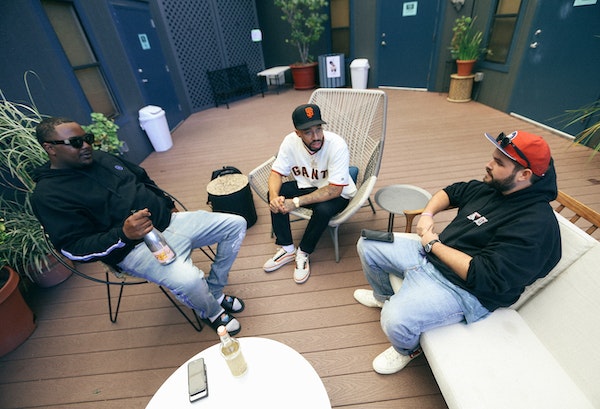 I know you took a brief hiatus with music and are also from the bay yourself, what does it mean for you to be here performing today?

I love it. I haven’t performed in a while. I kinda took a step back from everything. I haven’t dropped any music in a year. I’ve just been sitting back and living life. Much love to Rolling Loud and the Bay area, I haven’t performed in a while, but this year I’m back, so a nigga better be ready. I have like six EP’s ready to go. I’m just sitting back collecting on a punk bitch. My new shit is going to change the game.

You talked a bit about being a father, how did that change things for you?

It changed everything for me. It gave me inspiration. I thought about shit more and differently. It just changed my perspective. I take my time with this shit more, I think shit through now because I’m making decisions for him now too and that’s what it’s all about. That’s what real men do. I was 20 years old when It happened and I didn’t have shit to my name. It really forced me to level up on a bitch.

What are some of your favorite green room gifts?

For the fans to bring? Shit, some oranges, and Fiji water. I love that. Other than that, you’re always the plug if you come through with phone chargers or some shoes. One time a guy brought me Air Max’s and Jameson. Shoutout to that dude. Good job Jameson, you’re doing good now. Good job Elevator, you’re doing good too. 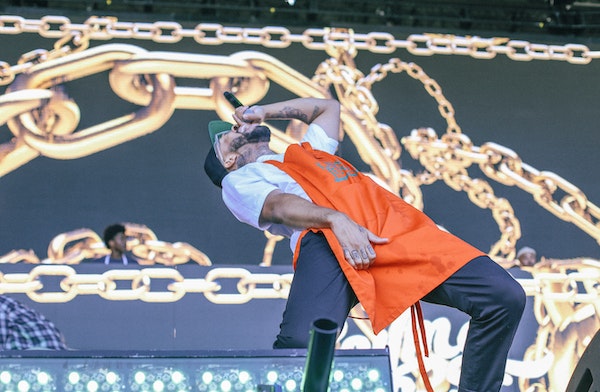 Larry’s ascent has taken an unconventional approach. However, that’s nothing new when it comes to Larry. He thrives on being different. Whether it’s interjecting his hilarious ad-libs into a conversation or hurling citrus into the crowd at his adoring fans, Larry does things differently. With a healthy amount of music (6 EP’s?!) on the way and an ever-growing devoted fan base, Larry is ready to again embrace the spotlight. Fatherhood may have provided him with a fresh perspective on things, but it hasn’t changed Larry’s eccentric personality in the slightest. His unmatched charisma and healthy lifestyle have indeed helped him level up on a punk bitch.