“Falling to my knees for you!” 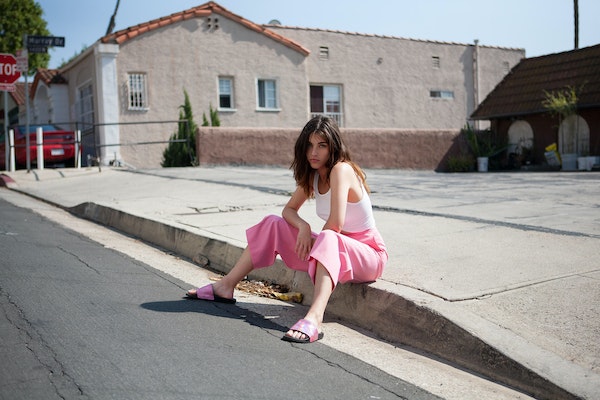 For those of you who are unfamiliar I’m going to go ahead and unload a little background information about the artist on you in order to give our readers some context on who she is, where she’s from, and why they should tune in. Rainsford is the stage name of singer, songwriter, and actress Rainey Qualley. She is New York City native, who was raised between Missoula, Montana and Asheville, North Carolina. Rainsford is actually the daughter of model Paul Qualley and model/actress Andie MacDowell, as well as the sibling to actress Margaret Qualley (Palo Alto, The Nice Guys). Dividing her days as a young adult between Los Angeles and Nashville for her double career, Rainey secured her 1st real role in a film in the 2012 dramedy Mighty Fine, playing the daughter of characters portrayed by Chazz Palminteri and her real-life mother. She later appeared in the 2014 short film Pink & Baby Blue, followed by a lead in the 2014 contemporary western Falcon Song. In 2015, she made an appearance playing a model in the final season of the award-winning U.S. cable TV drama Mad Men.

Her seven-track music debut, Turn Down the Lights, was a country project produced by Russ Zavitson (Billy Ray Cyrus, the Wilkinsons) and songwriter John Ramey (Tracy Byrd, Don Williams) and was recorded in Nashville, Tennessee. Demonstrating varied country-pop, it was released by Cingle Records in June of 2015. A year later, after leaving Nashville, the singer reemerged as Rainsford with “S.I.D. (Sunshine in December),” a sultry electropop tune with a vocal delivery in the realm of R&B-influenced pop. The like-minded “Too Close” followed in the fall of 2016. In the meantime, she continued to model and act under her full name, taking roles such as a lead in the short film No Other Like You (2016) as she prepared her Rainsford debut EP.

Here, we have the official video for Rainsford’s recent single “Passionate”. Expand upon her aesthetic of a vintage cover girl, the video spotlights the beautiful songstress as she caresses herself under powered lighting while rolling on top of pink satin, and silk sheets. It’s eye candy for sure, yet at the same time pulls at your heart strings  in context with the song, as she sings about longing for someone who feels out of reach, questioning if they even know how passionately she hopes for the connection . The record is a jam start to finish, and will have you playing the song back if the visual doesn’t have you stuck in a loop on its own. Press play and check it out below.