Donations can be dropped off at The Fonda Theater and LA Family Housing in Los Angeles.

In partnership with LA Family Housing, R Baron has announced their first annual Thanksgiving food drive. The Los Angeles based music management company known for their artists such as Shoreline Mafia, 1takeJay and more, will be starting the Feed The LAnd food drive this November.

With proceeds going towards feeding Los Angeles’ overwhelmingly large homeless population, any and all support in the form of volunteer hours to canned goods will make a difference. In the past six years, L.A.’s homelessness has surged 75% to roughly 55,000 from about 32,000 according to LA Times. Three out of four homeless people — 41,000 — live in cars, campers, tents, and lean-tos, by far the biggest single group of unsheltered people in any U.S. city.

More information about the drive can be found on the flyer below, or online here. 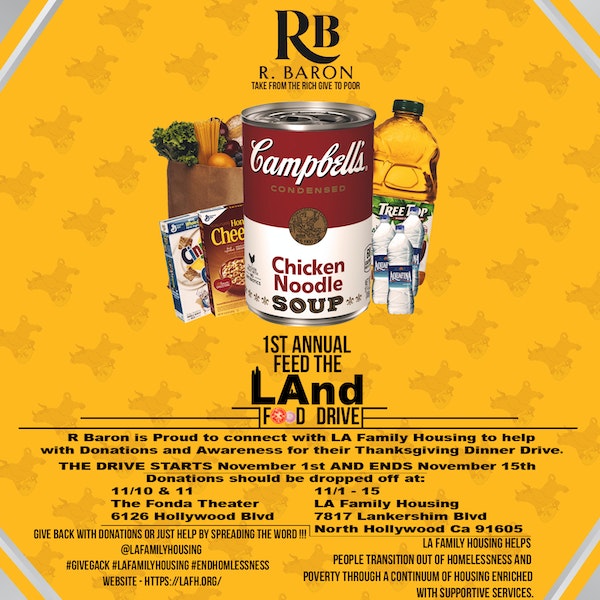