The Delaware native is in his own lane. 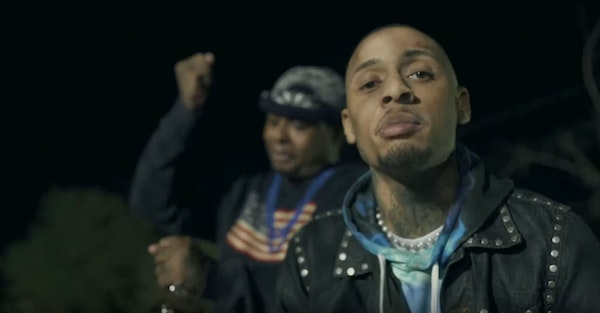 Quadie Diesel has been on my radar since last February when he dropped “Playoff Seats” and he has been evidently growing his fanbase with consistency since then. The Delaware native has linked with NYC native Yeo Cig for this enticing new music video titled, “Parenthesis” and it is masterfully produced by 14golds. Quadie Diesel does not sound like anyone else out of Delaware with his hard-hitting bars and unorthodox bars that undeniably enables him to stand out prominently. Cig has a deeper and choppier delivery than Quadie but nonetheless make ideal counter-parts as it is hard not to turn up to this song.

The music video is shot by Des Mirera+ who spotlights the duo in NYC at nighttime while posted up on the strip and near some courts. The visual is extremely entertaining due to the abundance of people surrounding the pair and only making the video more atmospheric.