Lex Records’ Haleek Maul talks about bouncing between Barbados and Brooklyn, self-discovery and the significance of being self-sufficient 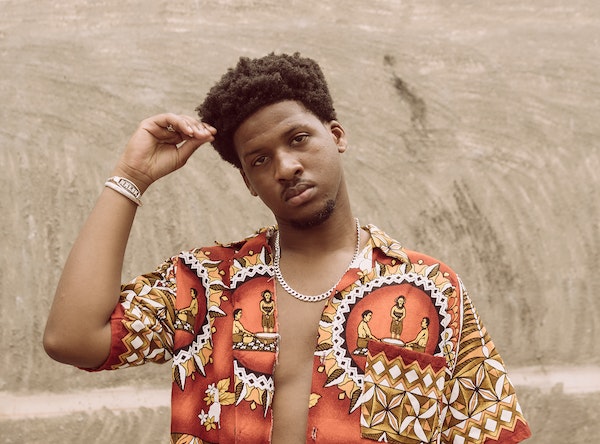 Born in the melting pot that embodies the eclectic and combusting nature of Brooklyn, New York, Haleek Maul is one of those individuals who was placed in a very unique position; his evolution as an artist reveals just how far beyond his years he actually is. Moving to Barbados when he was a child, the 24-year old rapper, singer and producer came into his identity as a creative during secondary school. Being exposed to so many backgrounds, genres, and styles of art, music, and culture, it became a way of life for Haleek to feel more connected to the worlds around him. This led him to take on a deeper sense of pursuit and exploration through fine arts, gaining a passion for production and himself as an artist. Over the years, Haleek has continuously traveled back and forth from Barbados to Brooklyn, connecting with other artists and producers which quickly expanded his outreach. Back in 2015, Haleek released his Prince Midas project which featured production credits from the legendary Haleek himself, Saul Williams, Black Noi$e, Cubby, and Last Japan just to name a few.

Taking a 3-year hiatus and returning with In Permanence in 2018, it dawned on me that his sound never stays in one place or makes you feel one particular feeling. Respectfully, it’s apparent that Haleek takes intervals to really hone in on his craft while taking the time to tend to his mental health and personal matters – which are a top priority. Once signing to Lex Records which is home to artists like MF DOOM, Ghostface Killah, BADBADNOTGOOD, and MIKE, Haleek has continuously channeled his multicultural background which has grown him into a pretty lofty entity. His balance between practical raps and his strong Caribbean vocal rhythms is reflective of his journey of self-discovery. Ahead of the release of his newest album ‘Errol’ which features Mick Jenkins, Sean Leon, and Ro Ransom, we caught up with Haleek to chat about his voyage as a musician, his favorite animé shows, and performing at British Library back in 2015 alongside Saul Williams and the Magna Carta. 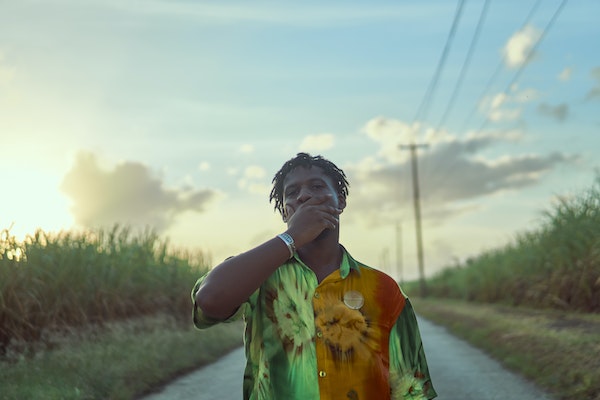 A few things that I learned was how crucial it is to take personal time for myself, to trust myself in my decisions more, and to move at my own pace. I also learned that you should never be focusing on keeping up to other people. Letting everything flow through you naturally while doing what you have to do to make things better. One of my biggest takeaways from this project is this new level of self-acceptance, also regarding the things that make me happy. I really want to get to learn more about the world around me as well. I want to dissect everything through my music. I’ve gained such a larger perspective on life itself. Every single decision is made up of intricate pieces.

You’re from Barbados originally but grew up in Brooklyn, New York. Both places are heavily saturated with all different kinds of music and very rich in culture. How did these two things influence you as you got older? Who were some of your biggest influences in music as a child and now as an adult?

When I was in secondary school, I really loved electronic music. I was also obsessed with my uncle’s CD collection which consisted of a lot of 90s music. Outkast, Biggie Smalls, Tupac, Bone Thugs N Harmony, and Eminem were all artists that I actively listened to back then. The first CD that I ever bought was Demon Days by Gorillaz. I always thought it was so sick how they would rap while also incorporating this alternative edge to their music. It was a sound that I really leaned towards as I was growing up. I listened to a lot of rock – System Of A Down and shit like that. Washed Out was super tight to me also. Of course, being from Barbados, dancehall was another very popular genre of music that was always around me.

Being surrounded by so many different styles and genres of music from rock to indie to electronic, it really helped me establish my identity as a listener first. Some of the biggest cultural differences that I observed was people’s reactions to the music not being the same. For example, people don’t move their bodies the same way all over the world, you know? Certain BPMs, beats, and tempos work so well in American and European clubs but whereas here in Barbados, you couldn’t play Aphex Twin in the club and expect people to be bumping to it. When I was living here, all I wanted to do really was imagine these other worlds. When I left home and as I grew older, I ended up appreciating my culture so much more. I understand more about myself and why I’m here.

How long have you been making music?

I’ve been making music since I was 7. One of my favorite things to do when I was in secondary school was to write poetry and study literature. From then on, I was always very good at the English language. I loved being asked by my English teachers to dissect literature like Shakespeare, Mark Twain, etc. That obviously also helped me come into who I am now, as a songwriter.

If you could describe your music in 3 words, what words would you choose and why?

“A self-study.” I’ve done a lot of work inwardly throughout my projects and that’s what resonates with me the most.

Tell me about some of the greatest experiences you’ve had since the start of your career.

One of my favorite experiences that I will never forget is performing with Saul Williams at the British Library for the anniversary of the Magna Carta back in 2015. It was such a crazy thing for me because first of all, we’re literally performing inside of a library. Secondly, the Magna Carta is a manuscript from the year 1215. To have such a historical item bring all of us together in one room is like an oxymoron type of situation. This also took place before my grandfather passed away, so for him to be able to witness that moment meant so much to me. I was actually on tour during the time of this time. From the Coltrane solos to the energy, it blew my mind to connect so deeply to Saul. He really opened up his heart to me and gave me the opportunity that he did. He didn’t have to do that. He saw my light, he loved what I was doing and that’s what makes it so unique to me. It’s not an industry thing, you know? It’s so much more genuine and real to me.

How would you say your sound has developed from your Prince Midas album to your newest release Errol?

I’ve always been a super collaborative artist. Back then, I’d have other producers record me but I just do it myself now. I’m paying more attention to the minor details when it comes to production, songwriting, and recording. Even in terms of my process, it’s different texturally. All of these things make for a total separate energy than my Prince Midas compared to Errol.

What are some of your hobbies or favorite things to do outside of music?

Lately, I haven’t really had many hobbies per se. I will say though that I love to watch anime. What I watch depends on my mood, usually. If I want to watch some trippy sh*t then I’ll throw on FLCL or Ergo Proxy. I’m watching this one right now called Steins; Gate which is really cinematic and psychological. I definitely recommend Hellsing Ultimate Shadow Star Narutaru as well. One Piece is another really good one if you’re into goofy stuff and have a bunch of time to invest. There are so many different worlds to tap into and because of this, I’ve learned so much. Sometimes, the frame of reference goes way crazy. They’ll pull sh*t from religion to historical moments and put a whole new spin on it which I really appreciate.

I’m really looking forward to becoming more self-sufficient as an artist and even as a person. Gaining more autonomy over my life and my decisions is key to me. There’s so much on top of us every day as we’re always striving to get back a small piece of something that we lost. I just want to be more free. I want to create more opportunities for others to feel free as well.