Features
Aug 13, 2016
Put Some Respeck On It: Appreciating Eminem’s Legacy in the Midst of Drake-Ebro Comments

In looking at the all-time legends list for hip-hop, there’s bushels and bushels of revolutionary artists who all lent a hand in shaping the world of hip-hop today. The doors they opened have only led to more and more doors opening,

In looking at the all-time legends list for hip-hop, there’s bushels and bushels of revolutionary artists who all lent a hand in shaping the world of hip-hop today. The doors they opened have only led to more and more doors opening, and it’s paved the way for countless other great acts to shine.

One of the premier names when it comes to rap GOATs is Eminem—if he’s not on your all-time list then that means it’s probably shit, or you can’t get over the white rapper stigma. Like him or not, you simply cannot factually say that Eminem is not one of the most skilled lyricists and rhyme writers ever. Not only did he introduce polysyllabic wordplay and take it to new heights, he played an integral part in breaking the racial barrier in hip-hop.

While I got into hip-hop after his Encore and Slim Shady LP days, I was fortunately able to catch the tail-end of Marshall’s prime. It ignited my love of hip-hop music and pushed me to go back and study his discography, as well other legends before him like Nas, Biggie and Big L. Even though I still saw gold in his mine, I knew one day he wasn’t going to be as relevant, and the younger generation wouldn’t appreciate him as much as I did.

Little did I know that that day was going to come in 2016, and would all start because of a big-mouthed radio personality.

Divides were made amongst hip-hop fans in the last week or so as Hot 97 personality Ebro Darden felt the need to share a private conversation he had with Drake on the radio, going on to explain that he heard Eminem had something in store for Drake for coming at his Slaughterhouse signee Budden, to which Drake said something to the effect of “bring it on, I got something for him too.”

Don’t get me wrong, I like Drake’s music; I like Drake’s music a lot. But let’s please be serious—this isn’t Meek or Budden whose status as rap legends can easily be questioned, this is a surefire revolutionary of the craft. That’s not to belittle or take away from the impact Drake’s had—he’s used the internet to build his career and keep relevant better than anyone–but he and Eminem are on different pages, in different books, in completely different languages.

At the end of the day, this could very well not go any farther than it already has. It could all amount to Ebro just being a chatty fuckin’ patty (word to Dame Dash) and these two artists staying in their respective caves.

Ebro knew full well the golden nugget of gossip he had, and I wouldn’t be surprised if he walked into the Hot 97 station that day with his wood touching the ceiling. It undoubtedly brought crazy traffic to Hot 97 and Ebro’s name individually, and brought something to light that simply didn’t need to be shared.

If you ask me, it honestly seems like some shit in high school—he wouldn’t have said it where so many people could hear it if he didn’t want to selfishly cause a chain reaction. At worst, Hot 97 gets a crazy bump in traffic and popularity for a bit, at best it sparks a war between the music world’s most beloved Canadian and a rap legend. 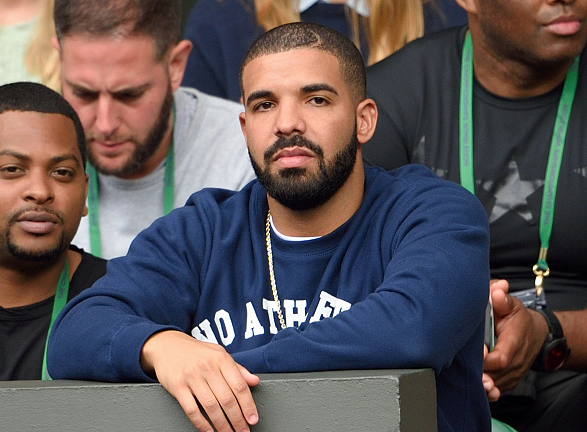 If it develops further and turns out to be anything like his beef with Meek or Budden, Drake will win because he has the youth and internet on his side, which is representative of a bigger problem in hip-hop today—the fans. I don’t think there has ever been a worse or more annoying generation of fans ever. With today’s social networks, these kids plaster their allegiance to their favorite celebrity all over the place from their bios to their usernames, letting them get off the hook for whatever bad shit they do.

Whether it’s Ian Connor’s rape allegations or Drake’s ghostwriting scandal(s), fans need to hold their idols accountable for their mistakes, as hard as that may be.

Drizzy stans will just as quickly brush off and forget about the very clear reference tracks that prove Drake’s guilt of having a ghostwriter as they will assert that Drake would win in a lyrical back-and-forth with Eminem. The sole advantage Drake has over Slim Shady is the internet, and the strong presence of his fanbase on the internet. Drake is like the Zack Morris of hip-hop—he’s the popular kid that people forget is a bit slimy, and put him on a pedestal.

While Eminem rarely even drops music, is certainly past his prime and barely uses any sort of social media, fans should respect his impact on hip-hop today, because his fingerprints are all over it. I mean, do y’all think Logic or G-Eazy stood a chance of making it as rappers if not for Eminem? It’s not like I’m a huge fan of either of em, but I respect their success, and I give credit where it’s due. Just because Em currently lacks a relevant presence with this generation of fans, doesn’t mean that he is not a measurably better emcee than Drake. 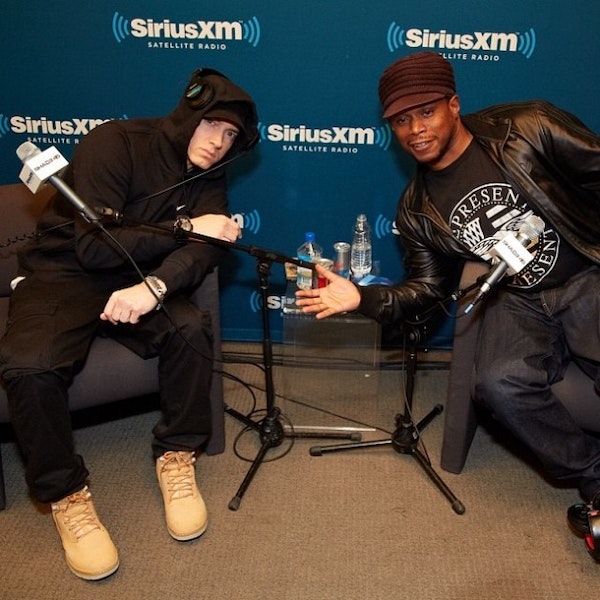 For one, he writes all of his actual raps (that’s really the only point I need), and two, I don’t think Drake has come within a ballpark of Em’s metaphors or wordplay in the past. Drake definitely has his own lane that he is the master of, but there’s a reason no one gave Eminem shit when he came out with the song “Rap God”—because he is one.

Bar for bar, there’s only a small percentage of rappers in the history of hip-hop who could stand toe-to-toe with MM, and Drake inarguably does not belong to that percentage.

Drake, just shouldn’t don’t bite off more than you can reasonably chew.