Hear the vulnerable collection of nocturnes below. 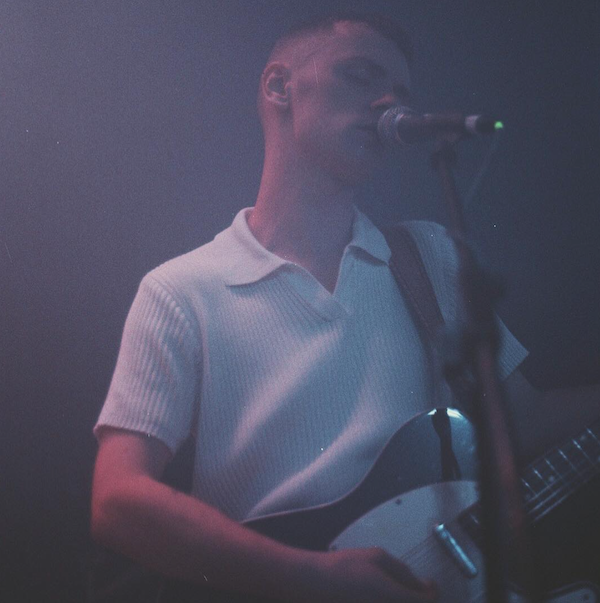 With dismal signs beginning at the title, it’s easy to guess that Jacob Allen’s Blood Loss revolves around a failed relationship rather than an immaculate one. The South London-based songwriter and producer, more widely recognized by his artistic moniker Puma Blue, has never held back from divulging melancholic, even tortured sentiments through his work. Despite the wistful nature of his new album, the atmosphere it creates when played has a celestial nature to it, mirroring the conflicted headspace of a despondent love affair.

Immediately after pressing play on the first track, “as-is”, you’ll hear Allen confess his incompetence to abandon ill-fated romances. “Never would have left your ether, Every Nazca line of the brittle earth // Every structured fortress inside of your well, Would have followed the dark waters through to hell.” The poetic symbolism showcased in this onset reappears frequently throughout the project, contrasting the blunt conversational style that narrates the remainder of the verses.

On “Lust” and “Bruise Cruise”, he uses the color grey to illustrate the lifelessness of a yearnful infatuation, a limbo he despises yet refuses to leave. “And I’ll fade into a perfect shade of grey, Falling in lust again” he croons over sonorous saxophone tones and ethereal guitar harmonies.

The concluding piece, “close”, finds him tardily releasing the quandary, but only with the slightest dose of resentment. “But it’s not the time to save your place, I have to let you go with grace // Sweet dreams only sweet dreams, On the softest sheets of my disgrace.” In this case, love overcame destructive instincts, allowing Allen to dead the adverse period.

It’d be criminal to write so much about the lyricism without delving into the project’s hypnotizing instrumentals, as both play an equal part in contributing to the overall marvel of it. Recorded solely with one mic and a laptop, Blood Loss boasts the creative freedom of a bedroom studio without compromising an ounce of quality. Airy synths, distorted textures, and manipulated vocals all contribute to a sound that will undeniably leave you swooning.

Puma Blue is a true artist in every sense of the word. Holding nothing back, he illuminates the darkest parts of his mind for the world to see, ultimately sacrificing his solitude for anyone with headphones. Most couldn’t, but most aren’t endowed with such an ambrosial psyche. Become entranced by his latest offering below.