The Alabama producer breaks down some of his top hits. 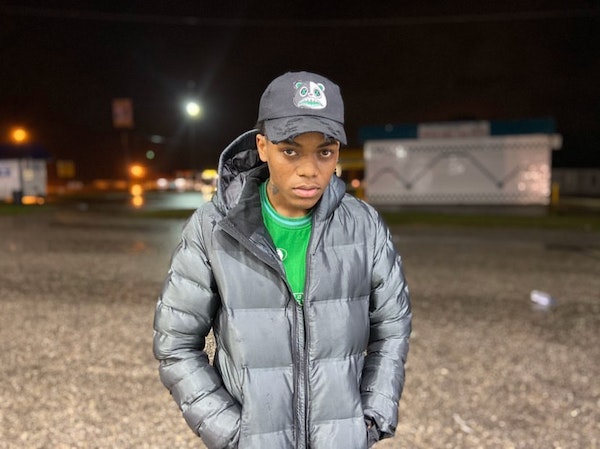 Alabama producer Vicasso is amongst the many beatmakers emerging via the Internet. Being raised in a small town just minutes outside of the city, he found a passion for producing. The Choctaw Bluff-native reminisces on making beats for years until finally landing his first placement with Baton Rogue rappers Maine Musik and TEC. After the release of “Friends,” it was only upwards from there as his production credits skyrocketed.

Having worked with several artists across the globe, Vicasso breaks down the story behind some of his greatest works with Quando Rondo, Blocboy JB, Marlo, and frequent collaborator NoCap. Check it out below.

I don’t know, I’ll say i was feeling down but at the same time I was feeling like some had to happen. Something big had to happen, it was a lot a going on at that time. I remember how that collaboration happen, I texted Cap on Instagram told him I had just sent a new beat pack to his e-mail, he told me to send it to his phone. As soon as I sent them I remember he hit me back on Instagram fast as hell he told me “U da goat kid, I want u with me & don’t send nobody those beats” when I got that message I already knew something big was about to happen. Few weeks later he was in the Studio with Quando and I heard a snippet of the “New Ones” song. I worked with my brother Seph on that beat he did the guitars, I did the Drums. It’s crazy because I made that whole beat and tracked it out in less then 6-7 minutes.

With “Blind Nights” I was feeling a life change. So I changed it up If you listen to that beat it’s a bass guitar I put in there right on the verse, changed up the whole feeling of that song that’s what I like to do. That collaboration happened fast too I sent cap that beat he used it the same night I sent it. Another one I did with Seph, he did the guitars. We work good together if you can’t tell. I did the drums added a bass guitar instrument and that was it.

On “AMG,” I’ll never forget that day I was smiling like hell that whole day I made that beat on my grandma computer. That’s where I made all my beats I sent to NoCap now I think about it, I ain’t even have a computer I was making beats in my phone for eight years. That beat was in the same pack as the “Blind Nights” beat I sent to him so that’s how that song came. Again me and Seph made that one too he did the guitars I did the drums.

Blocboy JB’s “Promise” happened so crazy I was chilling that whole day in the car making beats and one of his partners, Jugg, called me and when I answered it was Blocboy on FaceTime with him. He told me send him some ASAP. I sent him a beat me, Seph and Zach on the track made. Seph did the guitars me and Zach did the drums. That was a crazy one it happened fast too.

On “Demons,” I had a lot of energy that day. It was time for some up tempo shit. Sent that beat to Cap too and he got OMB Peezy on it. Me and Seph made that one as well, he did the guitars as usual.