The Chicago-native breaks down some of his top hits. 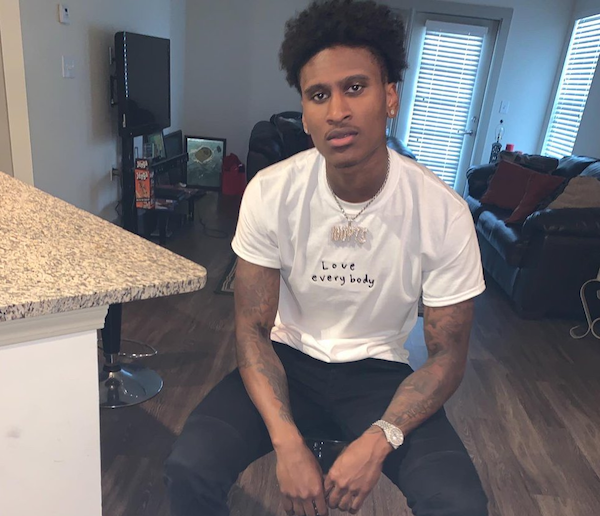 This generation’s latest wave of music producers is by far the most impressive we’ve seen in years. At the forefront of making smash hits and melodic records is 24-year-old Ant Chamberlain. Now an ex-military, the Chicago-born beatmaker saw a life-changing moment in early-2018 after producing YFN Lucci‘s smash hit “Boss Life.” Since then, it’s up only been progressive for Chamberlain after finding viral success on YouTube and producer marketplace BeatStars.

Having produced several chart-topping releases, Ant Chamberlain breaks down hits for frequent collaborators like Toosii, Lil Durk, and Mulatto to name a few. Check it out below.

Man, I had just got done listening to Lil Durk’s “1-773-Vulture” and I was like I kind of want to go with a Pop-sounding melody with some hard drums so I went to one of my favorite music pages on youtube and found this crazy sample that had a pop feel to it and went and flipped it. I knew the beat would be special and I was working with Toosii hard. This was when he had about 90K on Instagram. He texted me and said bro we got a banger I feel it. When He dropped it the song caught fire ASAP its his biggest one up to date.

I made this beat when I was still in the military. I really didn’t fully know chord progressions at the time but I got lucky with this one. I originally made it for Johnny Cinco but he gave it to Lucci and Offset and they made a banger. I was out in the middle of the sea on deployment when I got the call saying it was the single off his album. That’s the day I knew I was getting out of the military to be a producer.

Me and my bro Budda Beats was in the studio and we cooked up like 8 beats 2 hours. I was telling him how I wanted to work with Durk this was back in early 2019. I knew when the chords were laid down that it was gone be hard it sounded like an anthem. My bro had ran into my room like bruh look at this. Durk had posted the snippet on his page. I swear I lost it because this was literally two days later after we made the beat. I thank Budda for that cause he made the play. The song got leaked so I thought it wasn’t coming out but Chopsquadd DJ had pushed Von to drop it. That’s like my big bro

I was in the studio working with Big Korey. Me and him racked up like 3 big placements last year but we wanted to go with a Spanish vibe. Thankfully SephGotTheWaves one of the best guitarists in the game just sent me his Spanish guitar kit so I had flipped it. Big Korey added the flute with the vocal. I never expected Yella Beezy to get on it though but the end result was hard. Then they put Ty Dolla Sign On it so that was a crazy record for me.

When I was making this beat I knew I wanted it to be super ratchet haha. I was working with Latto almost everyday during this time. I wanted it to be super simple like some of 2 Chainz old songs so I didn’t wanna get too deep with the piano and just focus more on the 808. When I heard the song I was like okay this can go up and that’s exactly what it did. Me and Mulatto have a lot of records on the way.