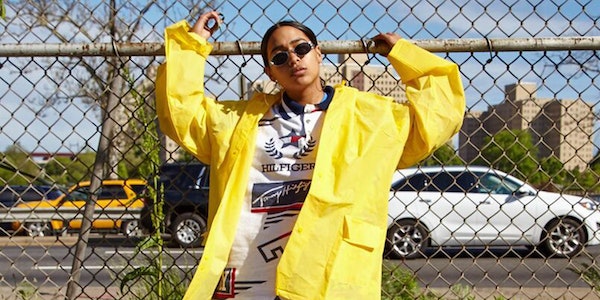 Princess Nokia has unleashed a new visual for “Morphine,” the sixth track off her recently released mixtape “A Girl Cried Red.” Nokia is joined by a group of friends in the video, as she sings of darker times while a daytime rave ensues atop a New York City rooftop.

“The future is queer, trans, non binary and fluid alike. It is black, brown, red, yellow and mixed all over. It is a spectrum. Thank you to my beautiful cast for creating this beautiful project with me to celebrate representation and beauty,” says Nokia in reference to the diversity of her chosen cast.

Hear the new song below (produced by Flexatelli) and stay tuned for more from Princess Nokia.