Pouya will be kicking off his tour at Rolling Loud in Miami.

Following the release of his critically acclaimed sophomore studio album “FIVE FIVE,” Pouya has announced a series of 37 nationwide tour dates. Starting in his hometown of Miami with a set at Rolling Loud on May 13th, Pouya will hit 24 states including New York, California and Texas over the course of the next few months.

Wifisfuneral and Shakewell will be joining Pouya on the upcoming road trip. View the full list of dates below and click here to purchase tickets 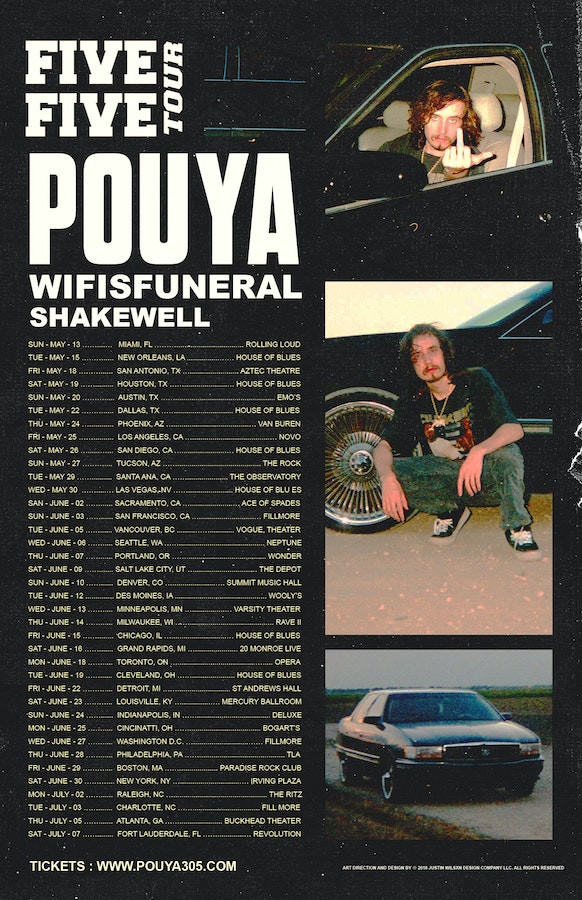