An expressive official lyric video for “Hot” has arrived from Dodgr, The Last Artful. 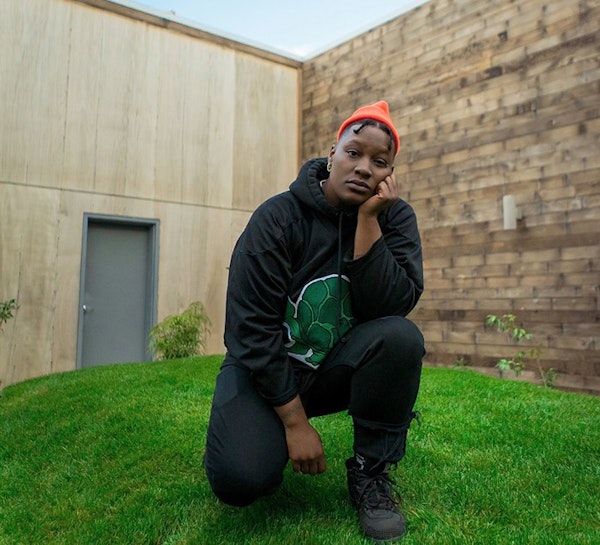 Introduced to Dodgr (AKA The Last Artful, Dodgr) toward the end of last year through a collaboration with another Portland based native, ePP, through track “You Know That”, I knew from that moment on it wouldn’t be the last time I heard her voice. Her raspy vocals are like nothing you’ve heard before, well at least for me personally. That being one of the main qualities that stood out to me initially aside from her songwriting abilities, Dodgr has since continued to shine her light, landing this very track “Hot” on HBO‘s show “Euphoria”. Also featured on Rick Rubin‘s Showtime documentary “Shangri-La”, Dodgr’s accomplishments have taken her places she was already destined to go, in such a short span of time.

Just three days ago, Dodgr released a lyric video for that very single “Hot”, the cadence of the track carrying a pop essence about it while also mixed with a bluesy-vintage vibe. In the video, a cut out of Dodgr’s head floats as she recites the lyrics nonchalantly, with some comedic lyrical moments that refer to the “Man’s Not Hot” video that went viral not too long ago. I can definitely appreciate the playful & upbeat approach she took with this track, from the colorful array of synth patterns to the thematic baseline. Dodgr’s synergistic energy when it comes to how she executes musically and lyrically has already created an ongoing platform for her to showcase this versatile side of herself to her fans–which speaks volumes into where she will take us next.

Press play on Dodgr’s lyric video for “Hot” below: